I like sword fights as much as the next guy. I mean, maybe I like them more. I’m not into renaissance fairs or LARPing, but I did take fencing way back in the day. I also rather like movies and video games with sword fights because they look cool. 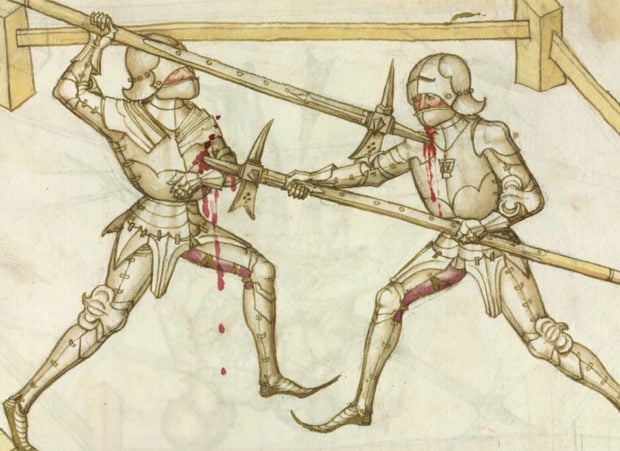 As it turns out, back in the days when the sword was the best weapon around, the fights were nothing like what we see on screen. A fascinating documentary called Back to the Source introduces us to the community of Historical European Martial Arts, who do their best to replicate period-accurate combat, through a mix of swordplay, grappling, and wrestling.

It turns out the real fights weren’t pretty, and no one cared about anything other than sticking the other guy through their armor with a blade. The documentary is nearly 90 minutes long, but if you’re into history, swords, and fighting it’s definitely worth the time.