I’d say the best thing about the stinker Suicide Squad was Harley Quinn. She was eye candy enough to make up for the bad acting and terrible storyline… almost. In the early scenes of the flick, Harley was stuck in a jail cell and just wanted someone to play with her. If you liked Harley in her “burn after use” prison attire, here’s an action figure for you. 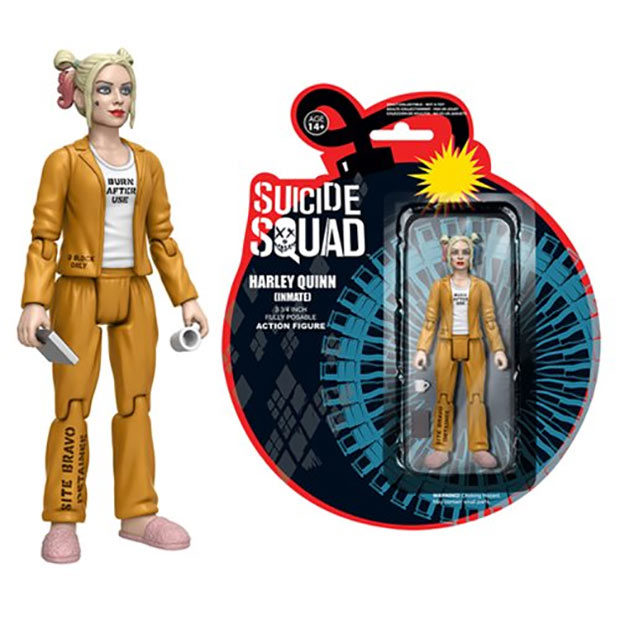 The retro-style Funko figure’s face does look sort of like Margot Robbie, but that’s about where the similarities end. The 3.75″ tall action figure is fully posable and is recommended for ages 14 and older. That seems like a rather high recommended age, but maybe younger kids might try and eat Harley Quinn and we can’t have that. The figure is available now over at Entertainment Earth for $9.99(USD)