This Fire-Spraying Drone Is Not a Weapon

Power lines tend to collect trash when the wind blows. Plastic bags and other assorted trash stuck in the lines can be dangerous. Apparently, in Xiangyang, China, they now send drones up to sort out the mess… with fire! 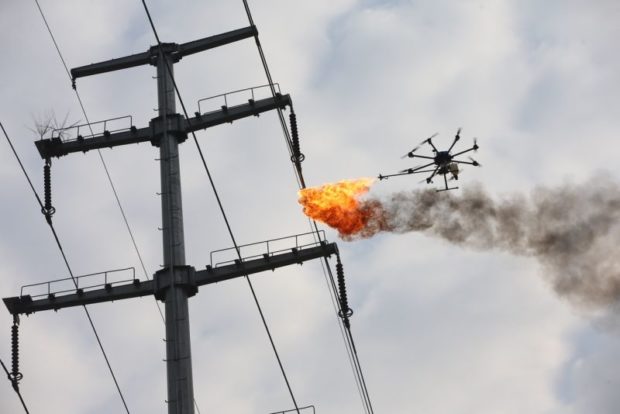 These fire-spraying drones burn off trash that gets stuck on high-voltage wires, keeping humans out of harm’s way. The drones are being used by an electric power maintenance company in China to get rid of plastic bags and other debris. I can only guess the fire is applied for a short enough burst not to damage the wires’ insulation. 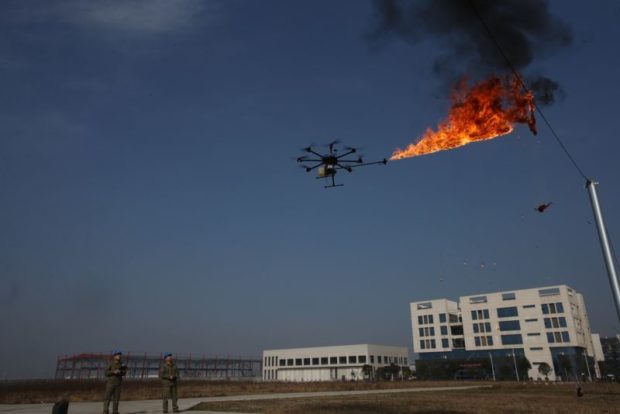 It is a great use of both drones and fire – not that I condone this combination. That’s a crazy deadly mix, but here we are. It should not be long until one of these firebugs is sent by a hit man to burn a house down or fry you right where you stand. 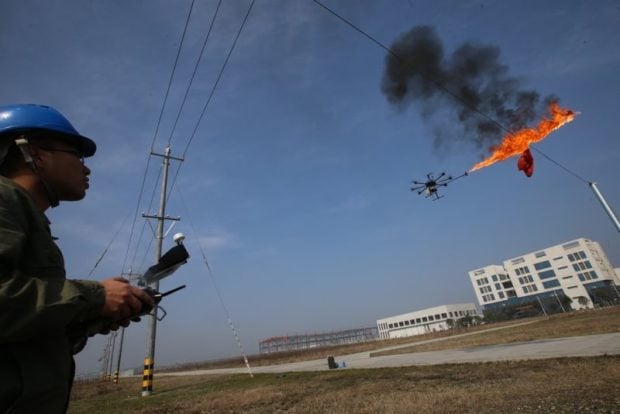