Everyone knows that Donald Trump has a powerful handshake. But have you ever asked yourself how you would deal with such a handshake if you encountered the President? Useless Duck Company has and they came up with a cool solution. 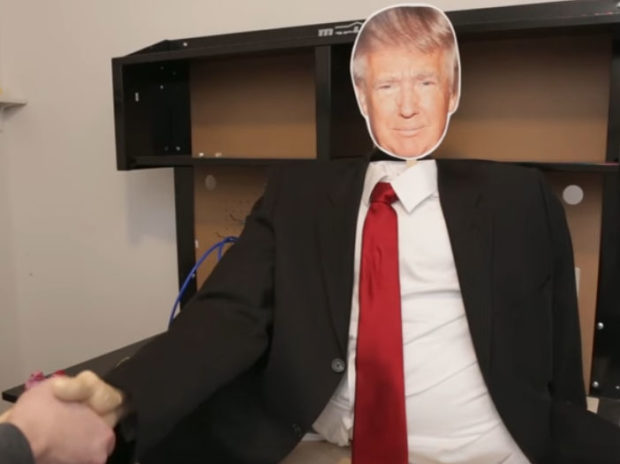 Here they demonstrate the robot they created to help defend against President Donald Trump’s signature grab and pull. With the press of a button, the Arduino will pick a random time between one and five seconds, because you never know when he is going to pull your arm.

So are they able to defeat his handshake? Not really. He tries various techniques to no avail. Holding on tight, rubbing Trump’s chest. Nothing works. You just can’t defeat a handshake this powerful.