Playing DOOM and driving may not be the safest thing to do. But according to software engineer Matt Swarthout a.k.a. Vexal, there is a way to actually play the game on the computer display of a Porsche 911, and using the car’s steering wheel, pedals, horn, and gear shifter to control the game. 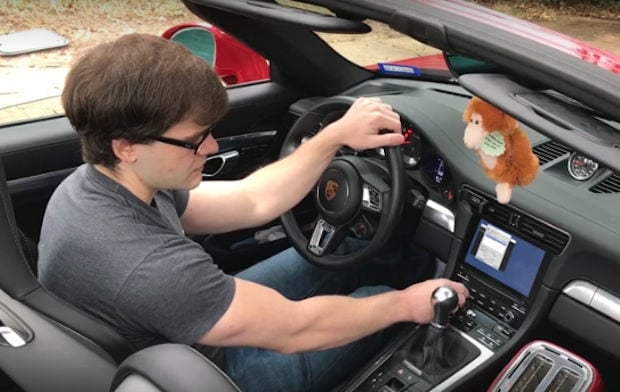 According to Swarthout’s obviously suspect video, you can easily modify a Porsche 911 or any other vehicle to run the classic first-person shooter thanks to the car’s onboard computer. You don’t need to be an engineer and it will only take you a few minutes. Supposedly, this will work with many different cars built-in the last couple years, but you should really do it on a Porsche, just because.

What’s up with the toaster? Well, Matt created a tutorial in 2015 on how to modify a toaster to control PC games. The Porsche is a step up for sure.