A new bit of software has turned up that is both cool and a bit creepy. The software is called pix2pix and it can take a source sketch or image and then build a rough photographic representation of it. The Edges to Photo capability lets you draw a doodle of an object and then turns those doodles into pictures using images cobbled together from photographs of similar objects. One specific variant of the tool is called edges2cats, and it transforms your cute kitty doodles into some really disturbing critters. 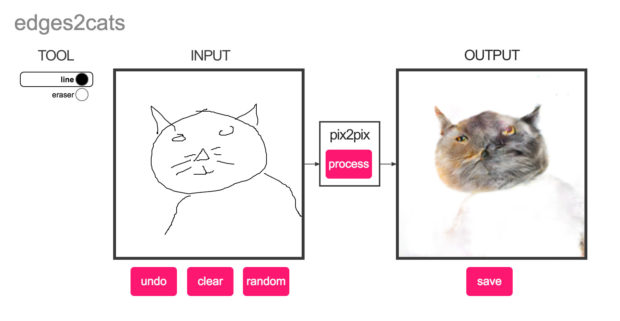 After you submit your doodle, the resulting photo is a composite using parts from cat pictures presumably found online. Originally you had to download the software and write your own front-end code for it, but now you can play with it for yourself online over at affinelayer.com, thanks to Christopher Hesse. 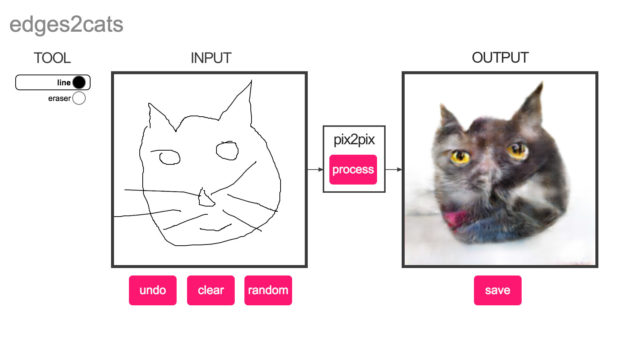 Sure, the photos are downright weird, but it’s still fun to see your drawings become… well… slightly more realistic cats. There are also online tools for doodling shoes and handbags, which seems ever stranger to me.