I’ve been through enough harsh winters to know that a snowplowing robot is a great idea. An even better idea is an autonomous snowplowing robot competition to see which bot can clear the most snow. My only question is where can I get one for my driveway? 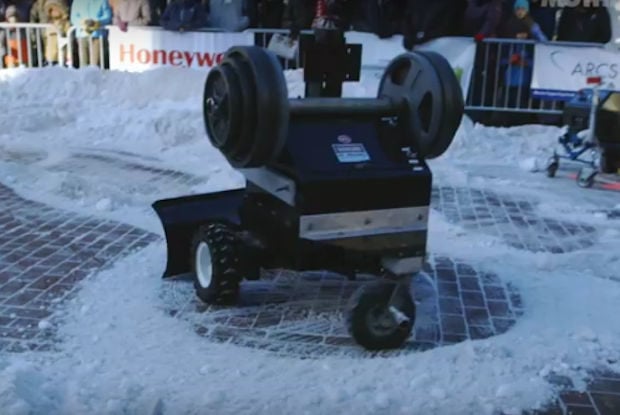 At the ION Autonomous Snowplow Competition, teams build autonomous robots that fight to clear the most snow from a designated area. But they have to do it without any human intervention at all. The event is an annual thing in St. Paul, Minnesota.

Every year the top engineers get together and face off to see whose unmanned snowplowing robot is the best at clearing the white stuff. Check out all the robot action in the video.

I have to get one of these for my house.

[via Motherboard via Laughing Squid]