Litter sucks. It makes cities look ugly, and can be a public health hazard. Sometimes bins overflow, sometimes they’re hard to find, and sometimes people just don’t care what they do with their trash. Whatever the reason, litter sucks. Sencity wants to combat street trash by turning litter disposal into a game with its new TetraBIN, a connected trash bin that rewards you for tossing out your garbage. Yes it has come to this – video game garbage cans. 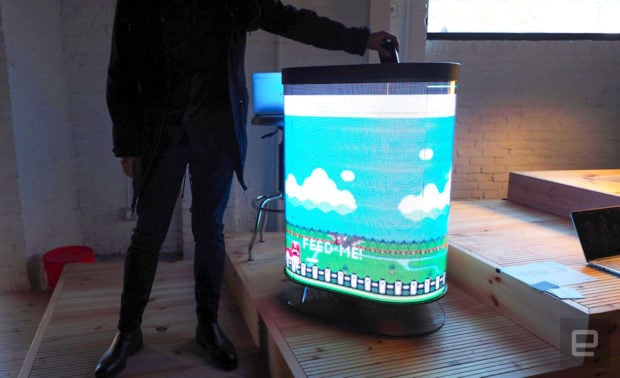 Sencity is one of a bunch of startups out of Urban-X, a Brooklyn-based accelerator that wants to improve big cities like New York. Their TetraBIN is a large three-sided container wrapped in a screen, which displays a sidescrolling green field. You can watch bats fly through the air while dogs are on the ground crying, “Feed me!” The inside has motion sensors that detect when something is tossed in. Your trash is translated into chicken drumsticks on the screen. 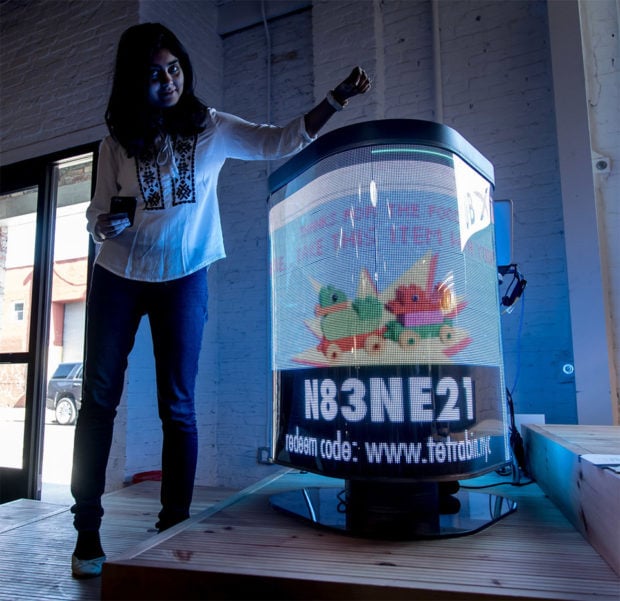 If you can feed the dog you get a win screen with a code that can be redeemed on the TetraBIN website for some kind of reward. In its earlier incarnation, it had a lower resolution screen that played a puzzle game that looked a bit like Tetris.

They hope that this will train people to act properly and throw trash where it belongs, especially kids.