There are some things that can only happen in Japan, and this is one of them. A Korean tourist rented out a replica Mario Kart that you can actually drive on the streets around Tokyo. The catch is that the tourist clearly hasn’t learned how to drive on the road in one. 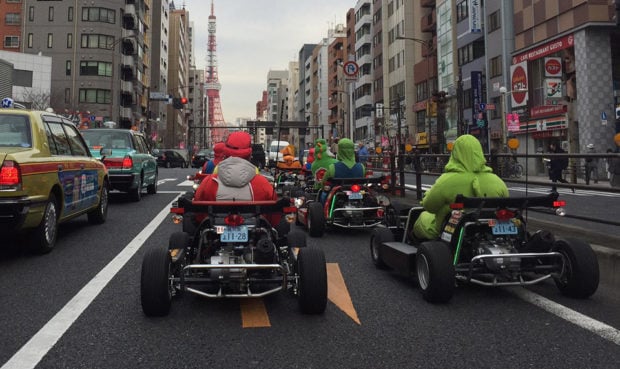 Apparently the driver messed up negotiating a turn and ran up on the curb before hitting a police box. I don’t know what a Japanese police box looks like, but I assume it’s rather like a phone booth or a TARDIS for Doctor Who fans.

I can only assume the accident had something to do with a banana peel being thrown in front of the kart. I really want to drive one of these things. I prefer the Yoshi costume, please.

[via The Mainichi via Kotaku]