Sorting objects is a real boring task if you have lots of items, so it makes sense for robots to do the job for us. Engineers at the Computer Science and Artificial Intelligence Laboratory (CSAIL) at MIT have developed a robot that can do just that, though this one does it in a pretty creepy way. This robot sorts objects by reading human minds. 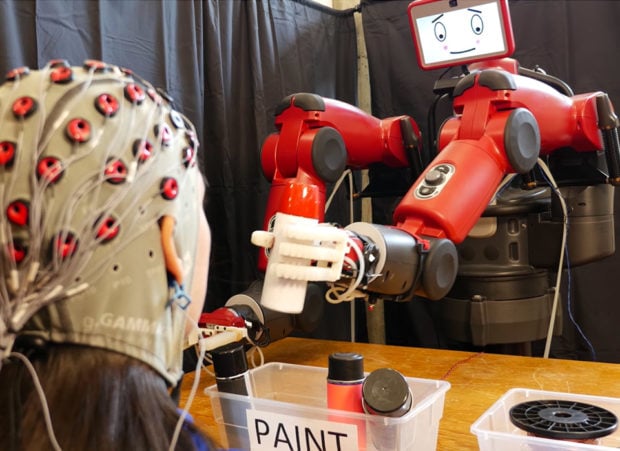 The robot’s software is fed with data from a human wearing an electroencephalograph (EEG) monitor. The system detects brain signals known as “error-related potentials” which are emitted when the person wearing the monitor sees the robot trying to put an object in the wrong place. If no such signal is detected, the robot continues to place the object in the bin it was aiming for. When the robot detects an error it places the object in the other box, and even changes its facial expression to show embarrassment.

It’s pretty creepy. At first glance the human sitting in front of the robot seems to be a hostage, but luckily that is not the case here. Yet.