Rick and Morty and The Adventure Time Gang Are Practically Neighbors

If you’re a fan of Rick and Morty, check out this house in Brighton, England painted with a reasonable approximation of the multidimensional adventurers. I bet the neighbors hate the people who live there. 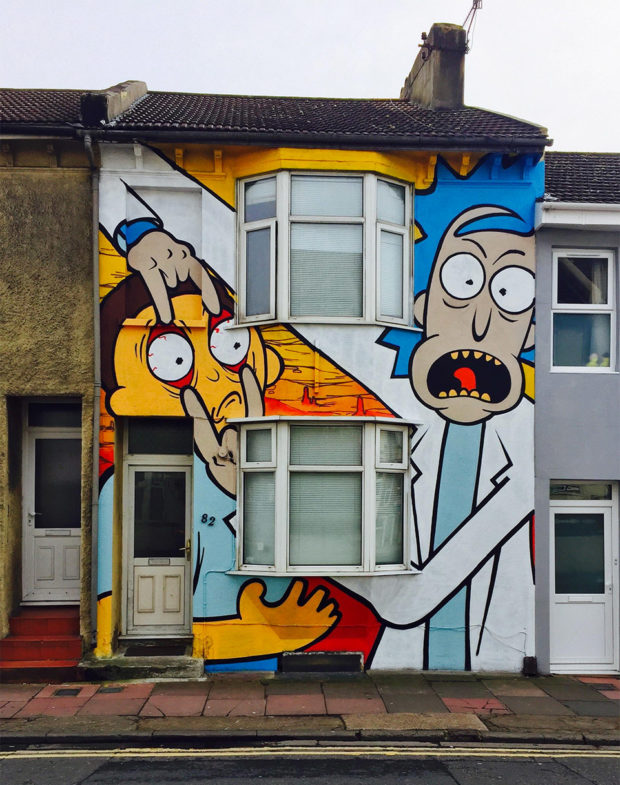 …at least most of the neighbors. Right up the street is an Adventure Time house with a similar paint job. The houses are said to be in a neighborhood favored by college students. 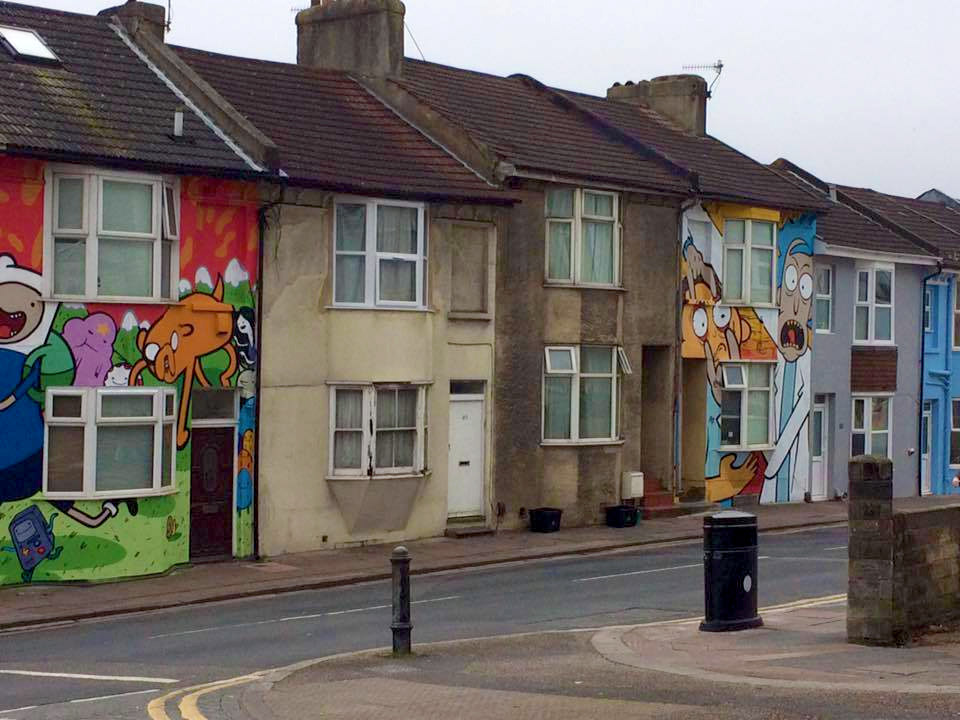 It’s cool and I rather like the artwork. I bet lots of weed was involved in the painting process. I used to watch Adventure Time with my son before he was too cool to talk to his dad.