Guardians Of The Galaxy Vol. 2 Monopoly

There’s a version of Monopoly for almost every geek property these days. So naturally it is time for a Guardians of the Galaxy Vol. 2 Monopoly game. Thank Groot! I was getting bored with all of the other hundreds of versions. 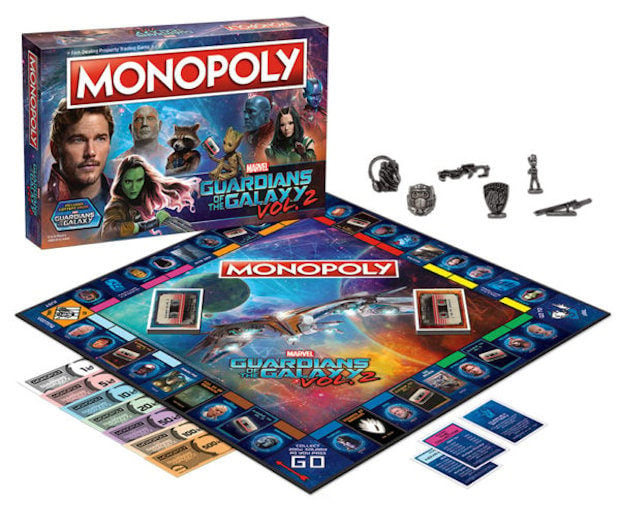 It has all of the usual stuff like special money, properties and game pieces (Love that Walkman). I really love those Awesome Mix Chance and Community Chest cards too. 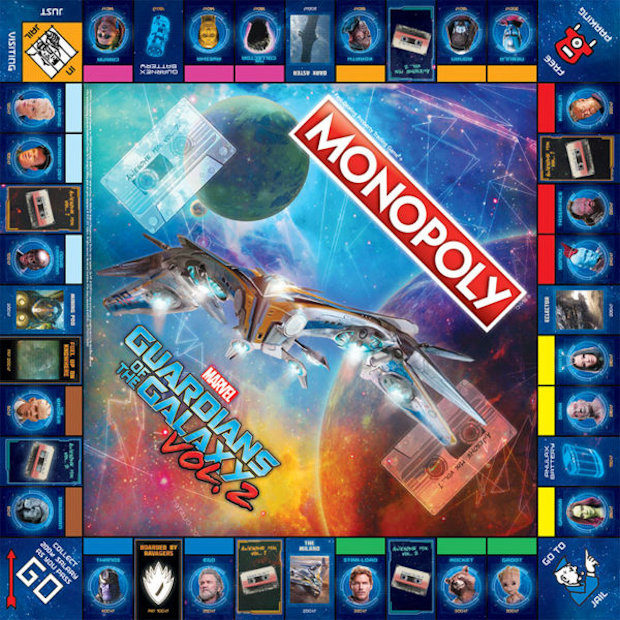 The Guardians of the Galaxy Vol. 2 Monopoly Game offers fans of the Marvel Cinematic Universe a unique game play adventure as they recruit characters from both Guardians of the Galaxy films, collecting bounties and double crossing their opponents while enjoying the classic table top experience of one of America’s favorite board games. The 6 player tokens resemble Star-Lord’s Mask, Young Groot, Rocket’s Blaster, Gamora’s Sword, Mantis, and a Cassette Player. This monopoly is a must have for fans of Guardians of the Galaxy movies. 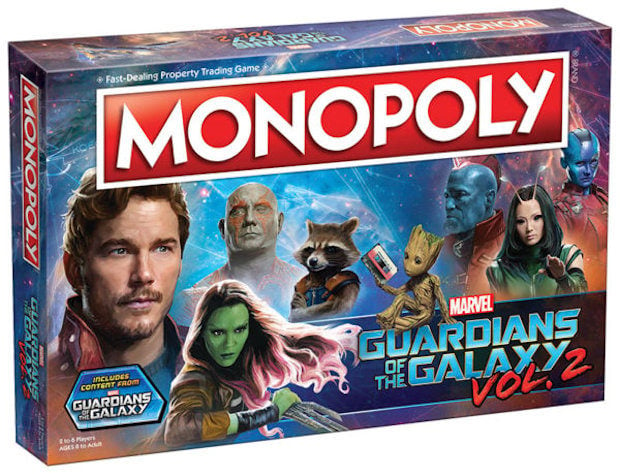 You can pre-order it now from Merchoid, and it’s expected to ship this April.