I like yummy breakfasts as much as the next guy, but Japan takes things to a whole ‘nother level. In Japan they don’t just eat pancakes for breakfast, they bathe in breakfast foods too. Yes, there are pancake baths open in Japan right now. 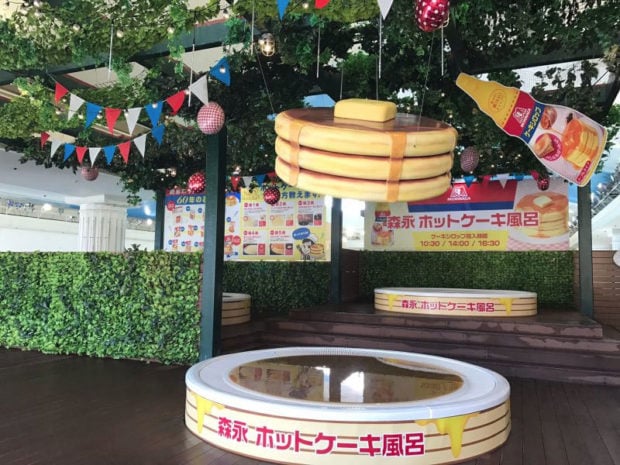 These baths might be expected to be filled with syrup or something, but they are instead filled with brown water. That water is scented like vanilla and maple. The brown water looks gross, it looks like syrup in a way, but it also looks like someone forgot to flush after dropping a loosey deucy.

Float a Baby Ruth in one, and you could clear the entire park Caddyshack style. I find the thought of sharing a small pool with as many people as you can cram in it rather gross to start with, add brown deuce water and I’ll pass. I do want some pancakes though.