Split Brain Robotics is an interactive art project by San Francisco artist Kal Spelletich, in which a pair of custom-built robots are able to plug into the left and right brain waves of audience participants. It is pretty wild to watch. 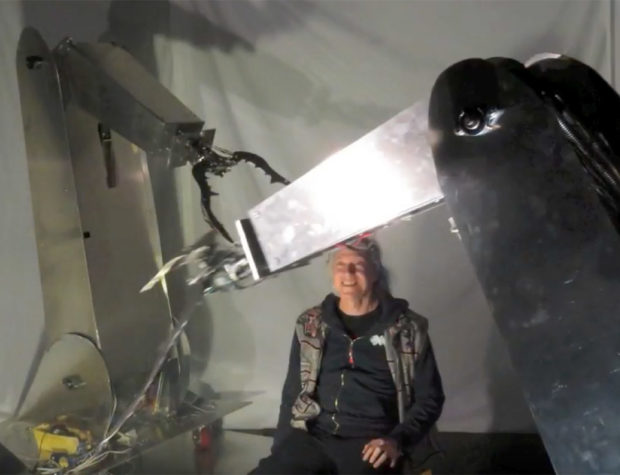 It doesn’t matter if you are more left or right-brained, the robots move and respond to brain signals coming from a willing human volunteer. I’m not sure I would want to be that close to giant robot claws, but to each their own.

If you want to check these robots out in person, Spelletich will be having live performances over three nights on from April 7th through 9th at The Lab in San Francisco. I’m hoping that everyone’s head stays on their neck, and nobody’s retinas get burned by those laser beams.