You might think crash test dummies were mostly used for testing the safety of cars, airplanes, motorcycles and other vehicles. However, they’re often used in the testing of other consumer products to see what impact they could have if used improperly or in an accident. Some of the most frequently misused and accident-prone products on the market these days are drones, so crash testing them seems like a natural thing to do. 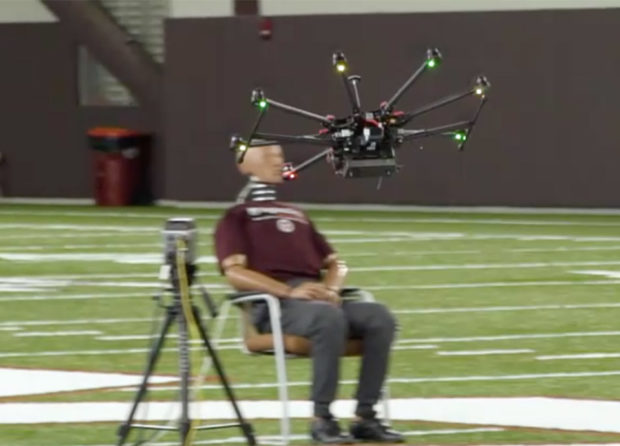 It turns out that drones are being tested for safety with crash test dummies at Virginia Tech, under the guidance of researchers from the Center for Injury Biomechanics. While the program is all about improving our safety, there’s something pretty satisfying about watching the rapidly spinning blades of a drone smashing into the head and body of the dummy in the video below:

These guys aren’t just testing with lightweight consumer drones either. That big 8-blade unit is a 21-pounder like the kind that brands like Amazon hope to someday use to deliver packages to our doorsteps. Certainly getting hit by one of those could cause serious injury or death, so the team is gathering data on the impact caused by a hit to the head, with the hope of possibly improving the design of drones. For instance they could be engineered to to shatter on impact, or perhaps going with some sort of soft-body design, like this one. That approach sure seems like a good one, as it could potentially reduce injury as well as decrease the risk of destroying pricey flying machines.