Bob’s Burgers is one of my all-time favorite animated programs. The characters, voice acting, and writing are all spot-on, and the show is hilarious. Seriously, if you’ve never watched it, it’s time for a binge.

Now, fans of the show can get their hands on an officially-licensed Bob’s Burgers Monopoly set. 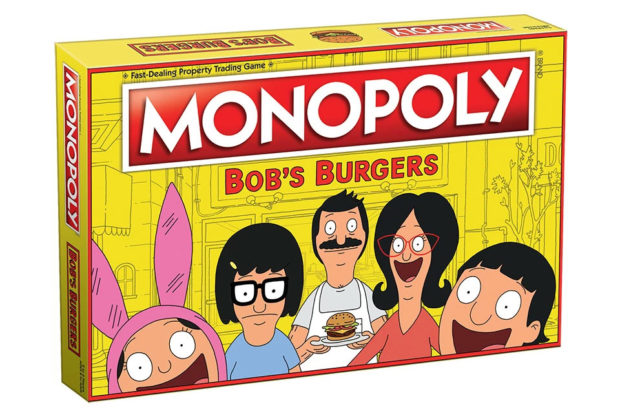 Naturally, the board comes filled with lots of locations from the show, from the Jimmy Pesto’s to Wonder Wharf, and offers up Community Garden and White Pants Take a Chance cards. 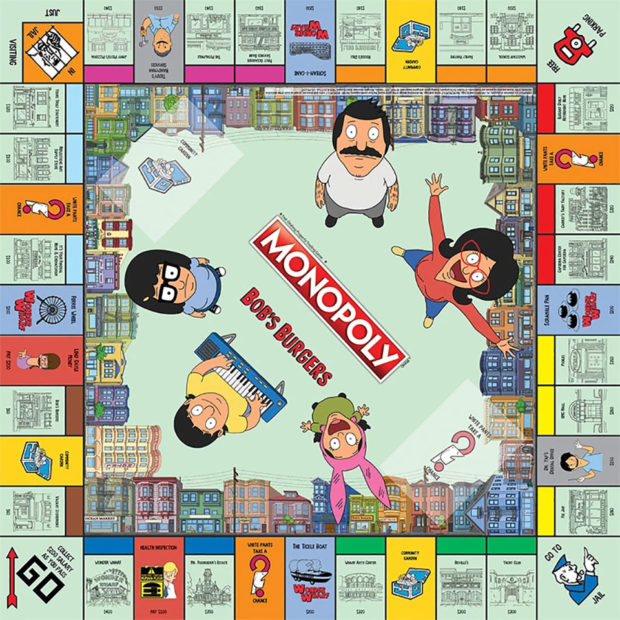 The tokens are based on Bob, Linda, Tina, Gene, Louise, and Teddy, though I have to say that the sculpts aren’t exactly accurate. Seriously, Gene is unrecognizable  – at least they could have given him a Casio and you’d have some idea who he was. I’m guessing that everyone will be fighting over the Louise token like they do with the car in regular Monopoly.

Monopoly Bob’s Burgers edition is available now over at ThinkGeek for $39.99(USD). 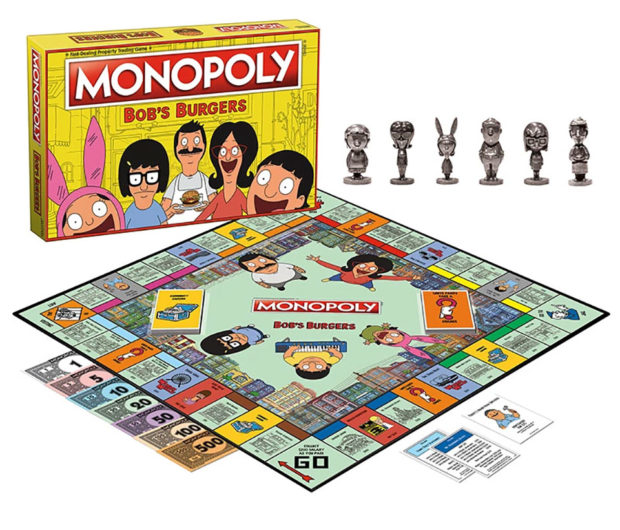