Auto-tracking Dartboard Makes Everyone a Pro

When you’re at the pub, drinking all night and playing darts, I bet your aim is pretty bad. For most of us, hitting the bulls-eye becomes harder the more you drink. Not when you’re playing with Mark Rober’s motion-tracking dart board though. This board makes everyone hit the bulls-eye (if they use the right dart.) 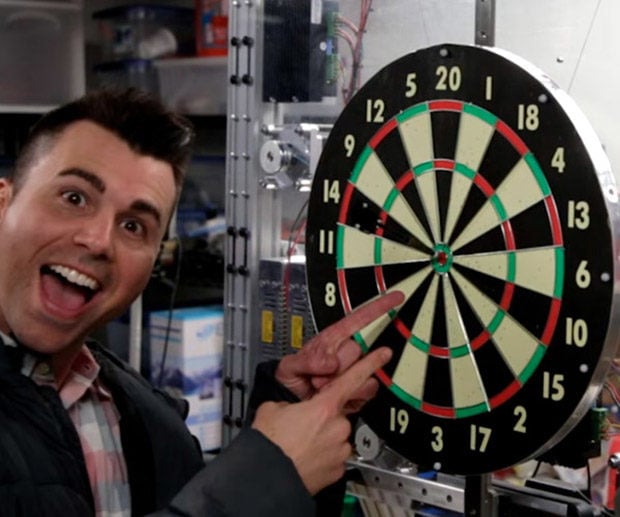 It automatically re-positions itself based on the trajectory of the dart thrown at it. At least it makes you feel the thrill of victory, even if that victory is hollow and your lack of skill has earned you nothing. It also has the capability of intentionally missing the target no matter how good a dart player you are.

Rober and his friend spent three years designing, building, and perfecting this dartboard. It uses six Vicon motion-tracking cameras, and standard darts that have been upgraded with infrared reflectors.

This won’t help you if you are miles off and throw the dart on the opposite side of the room though. If you throw that badly, it’s time to stop anyway before you kill someone.