Funko has a full line of cool POP! Vinyl action figures and a bunch of them you can buy all over the place. Heck, even Walmart sells some POP! Figures these days. Entertainment Earth has an awesome exclusive figure that you will want if you are a fan of the show Ash vs. Evil Dead. 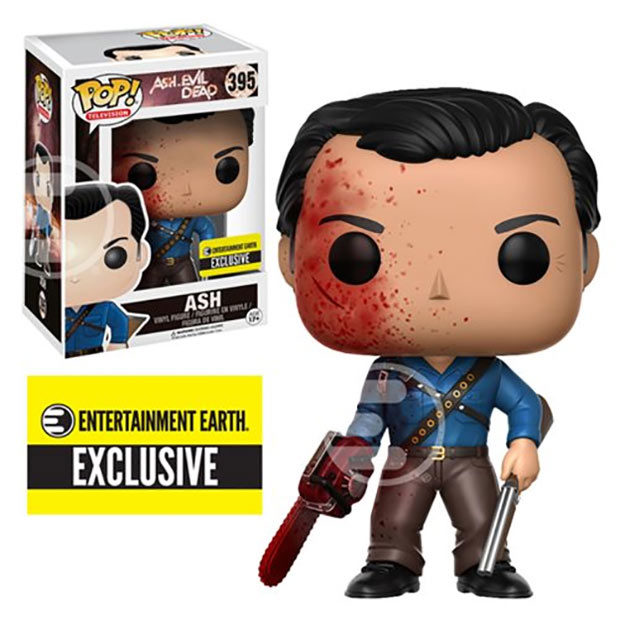 This special POP! Has Ash with blood on his face, his chainsaw on one arm and shotgun in the other hand. The figure is available for pre-order for $12.99(USD) at Entertainment Earth and will be available in April.

If you are unfamiliar with Ash vs. Evil Dead, it’s a series on Starz that features Bruce Campbell reprising his iconic undead-killer role from Army of Darkness and Evil Dead. If you haven’t seen the movies, you have some very fun homework to do this week.