Domino’s pizza continues its world domination of the pizza delivery business, by unleashing a new set of pizza delivery drones. This time it is happening in Germany and the Netherlands. 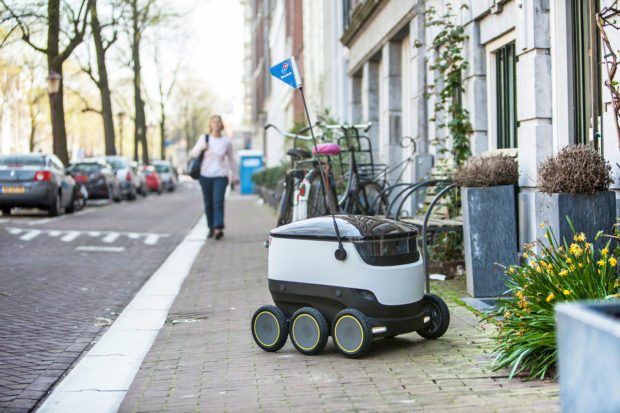 The company is using autonomous rovers developed by Starship Technologies, but they are still working on their own delivery drones. Interestingly, Domino’s Pizza Enterprises Chief Executive Officer Don Meij says that if the company doesn’t add drones to its fleet through initiatives like this, it won’t have enough delivery drivers with its growth plans over the next five to 10 years. So these robots aren’t just there to take jobs from humans, but to supplement to a limited workforce.

Starship’s rover can run on sidewalks and carry up to 20 pounds of food per delivery. That’s eight pizzas or a combination of pizzas, sides, drinks and dessert products. Customers unlock the cargo hold with a code sent to their phones. I wish I had a robot that would bring me some pizza right now.

[via Venturebeat via Engadget]