Donuts Made from Spaghetti… YES PLEASE

Donuts are usually the domain of sweet eats for early morning gobbling. You can get some savory donuts though, like the bacon maple variety that the fancy gas station up the street from me gets fresh every morning. They are as yummy as you would expect something with bacon on it to be. In Brooklyn, you can now get donuts made of spaghetti. 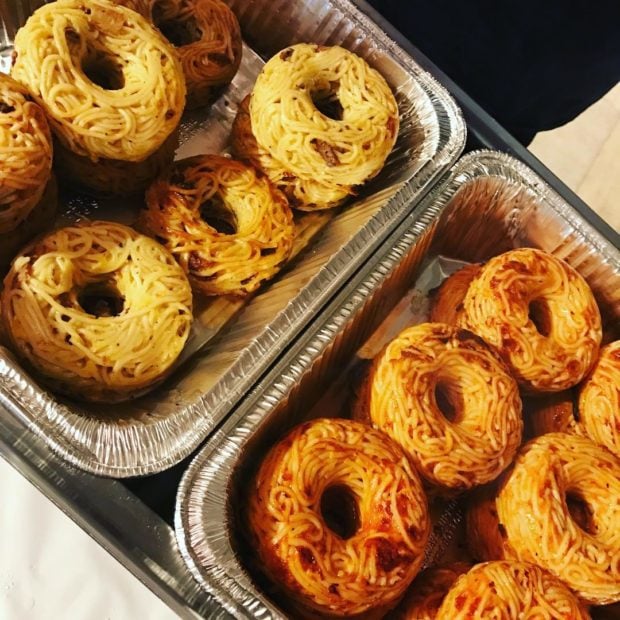 Yes, it’s a pasta donut and it sounds yummy. Pop Pasta’s special donut is a bastardization of a classic Neapolitan dish known as the spaghetti pie. The donut is baked with cheese and other goodies, and they’re meant to be eaten at room temp or warmed up. They look super yummy and I want one right now.