The Walking Dead’s Glenn and Negan Reunite in Statue Form

Fans of The Walking Dead will want this cool miniature that features Glenn and Negan together in the moments just before Lucille popped Glenn’s eye out. The statues look just like the actors from the series, and commemorate one of the last moments we saw a whole Glenn on the show. 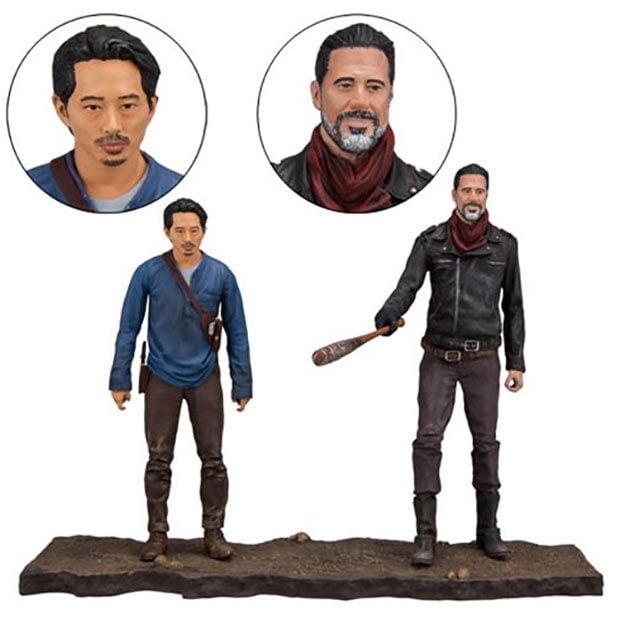 The statue set will sell for $29.99(USD) and can be pre-ordered now from Entertainment Earth for delivery in September when it launches. I wonder if they will ever make a statue of Glenn after he took one for the team.