Filmmaker Devin Graham and Cinechopper got together to perform some cool trick shots using drones. Cinechopper customized the drones to carry and drop bowling balls, which allowed them to do some stuff in a bowling alley and much more. 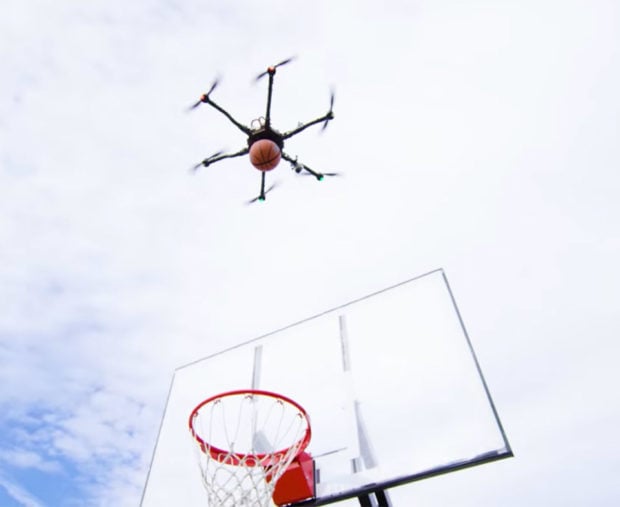 Then they took the drones outside to do things like drop basketballs through hoops, catch wiffle balls with a net, and even destroy a snowman. Could this be the first step toward drone sports?

In the future, they won’t need humans at all. They will just do all of their trick shots on their own, while humans pay to watch them do their thing. This definitely looks like a lot of fun.