Watch Some Drones Get Hit by Over a Million Volts

Love or hate drones, I think we can all agree that watching them get zapped with over a million volts sounds like it would be pretty entertaining. It is. YouTube science geek Tom Scott took a pair of DJI Phantom 3 drones to the University of Manchester’s High Voltage Laboratory, where they can manufacture lightning strikes over a million volts, just to see what would happen to a drone when it gets hit by lightning. It’s pretty much what you would expect. 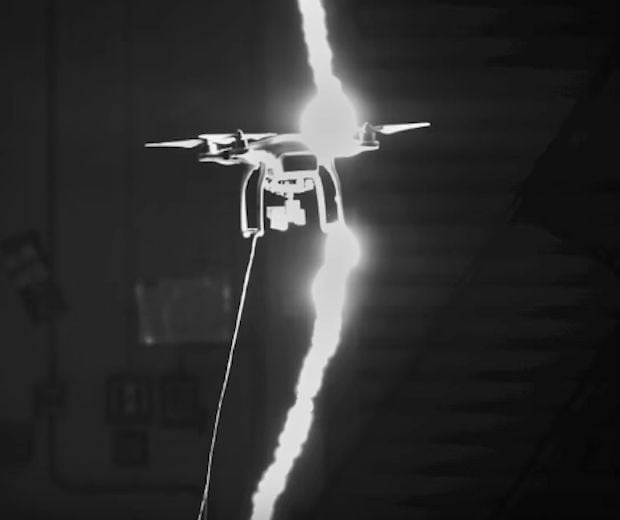 The first drone got fried and knocked out of the sky, but the other drone suffered an even worse fate. To protect it from the bolt, the second Phantom 3 was outfitted with a lightning rod. But it did not help and the lightning blasted two of the drone’s props off, knocking this one out of the sky as well. You can check out the quadcopter carnage in the video below:

So yeah, basically keep your drone out of the sky during a storm, unless you want a dead drone.