Japan is doing what Japan does best to give its national volleyball team an edge: using robots. They are using some high-tech training robots to help out. These bizarre-looking ‘bots mimic the opposing team’s defense and are each made up of a pairs of hands and arms attached to a mobile torso. 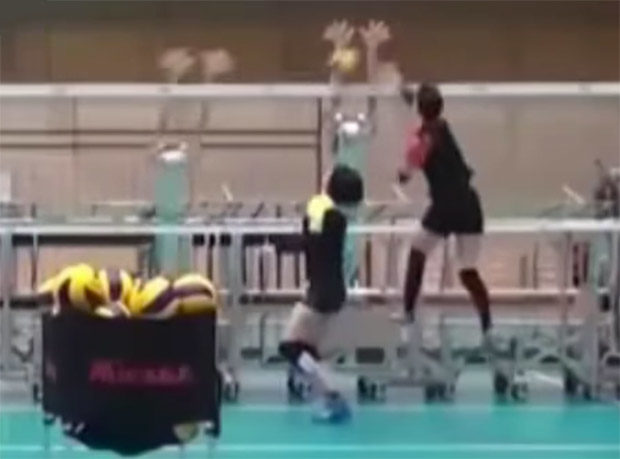 They are mounted to a track and slide up and down to pre-set positions, allowing players to test out their spike shots against many different team formations. They can travel at speeds of up to 3.7 meters per second, which outpaces human players.

The robots look like they are jumping for joy at a concert with their arms raised high, but despite how weird they look, they may help the team get better. The robotic players have already been used in several training sessions for Japan’s national women’s volleyball team.

[via New Scientist via Engadget]