Get Revenge on Mom with this Mother’s Day Card

Do you still think about that time you were in K-Mart back in 1984 and mom refused to buy you that awesome plastic Coyote toy car from Hardcastle and McCormick? Well it’s time for some revenge on good ol’ mom. ThinkGeek has a Mother’s Day card that will prank mom in more ways than one. 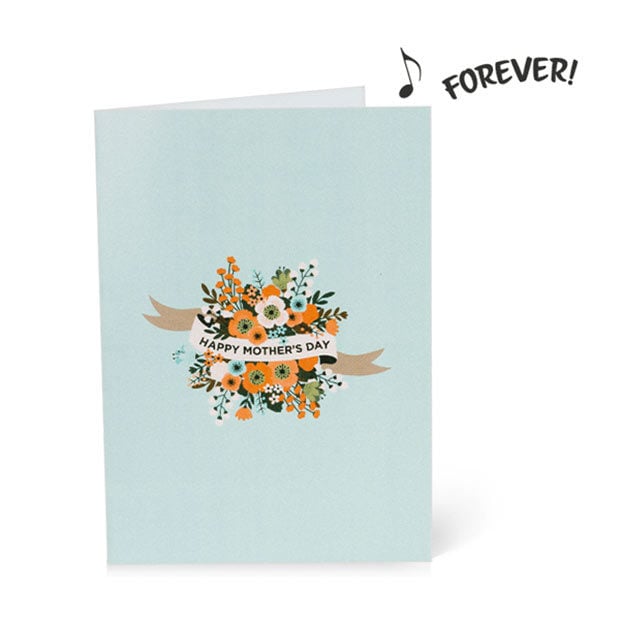 It looks like a nice card from the outside, and says inside that you will always be her baby. Then it lures her to press a button to start what seems to be a nice recorded message. Instead mom gets to hear recorded crying babies. Then if she gets desperate and presses the button again, the cries get louder. 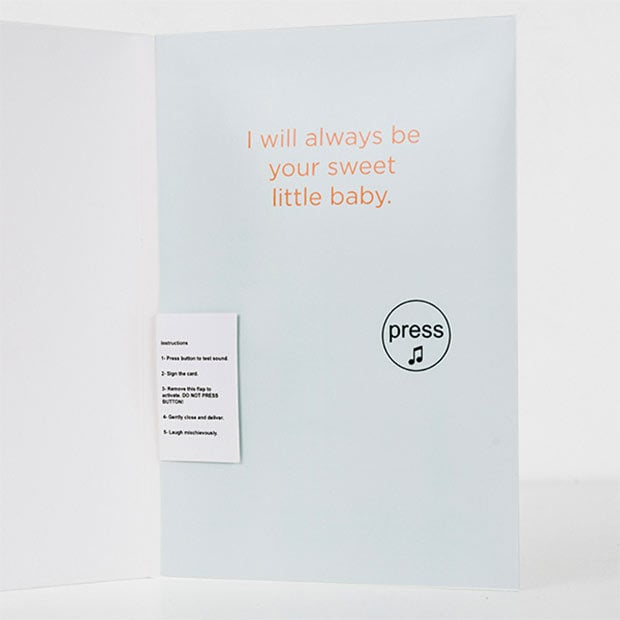 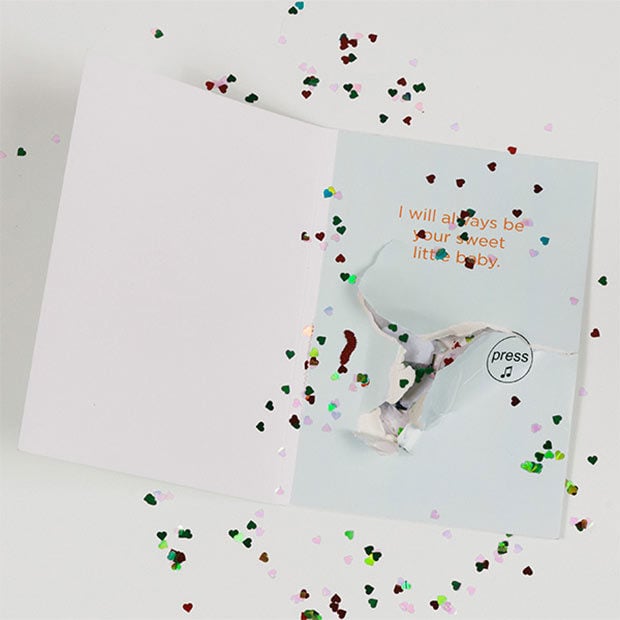