OMG, I so hope this happens! Apparently, Disney is thinking about making a Star Wars inspired resort that would be set on a starship. How awesome would it be to sleep inside a giant starship? The resort would let fans not only sleep and live in a starship for a few days, word is you would get to participate in your own 2-day story set in the Star Wars universe. 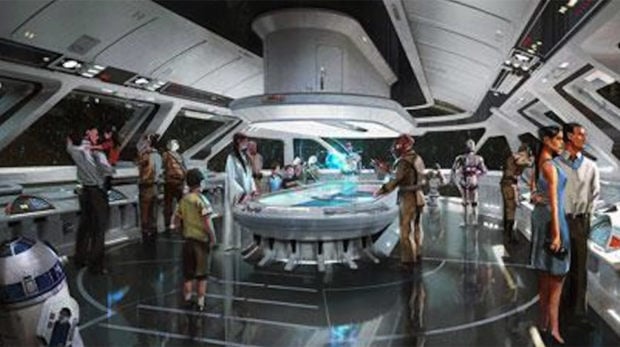 According to WDWNT, third party (presumably working with Disney) is surveying guests on their interest in staying in such a resort, and the images here are the concept art for the hotel. Guests would get personal interactions with Star Wars characters and would be allowed to experience the story as a participant, or simply observe.

There would be programs like flight training, ship exploration, lightsaber training, and personalized secret missions in the starship hotel and on the Star Wars area being built at the Disney’s Hollywood Studios. Word is pricing would be around $900 per person for the 2-day experience, including meals, and a pass to the theme park – not cheap, but so cool.