Look at this massive PS4 controller. It not only looks awesome, it actually works. You can play games with it. If Godzilla were a gamer, this is the controller he would use. This massive DualShock 4 controller is located in the Sony Interactive Entertainment Building in Tokyo. 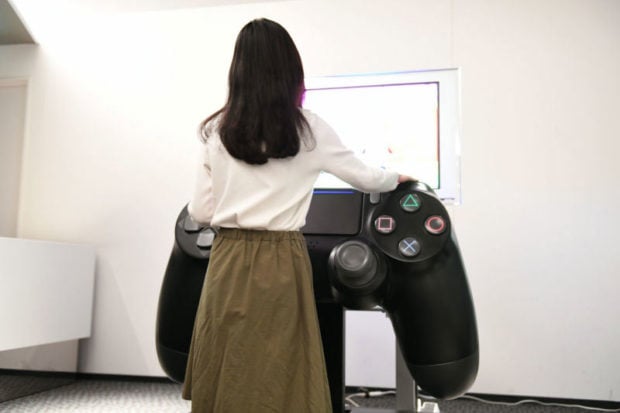 This is exactly where an irradiated iguana would go if he felt like playing some video games. All the buttons on the controller actually work, though sadly the thumbsticks are not usable. I’m not sure why they could make everything but those thumbsticks work. 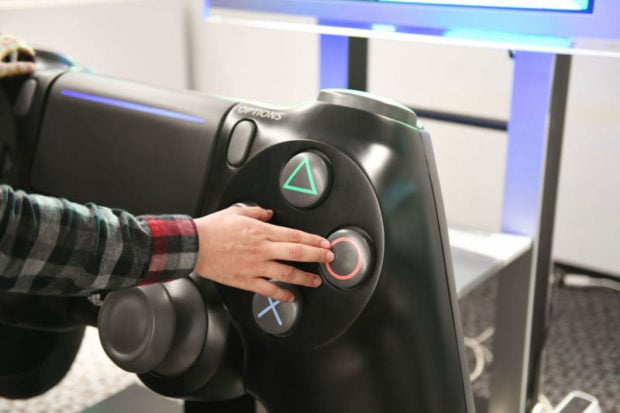 Godzilla will have to slum it with the D-pad buttons instead of the thumbsticks. It’s not clear if that giant touchpad area works or not. The video shows the massive gamepad being used to play some Parappa the Rapper – a game which has no need for thumbsticks anyway. Kick! Punch! Chop!