This Kraken Piescraper Is the Deadliest Catch

Whoa! Now this is a pie. Release the Kraken!.. into my mouth! When a pie is so awesome and towers over others, you call it a “piescraper.” Jessica Leigh Clark-Bojin of Pies Are Awesome created this awesome Kraken-themed piescraper. 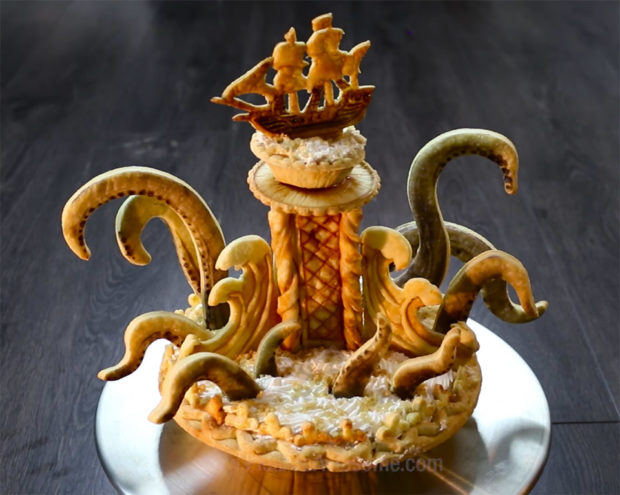 It is an awesome and delicious dessert creation. According to Jessica, she built it up using a series of engineering and baking tricks to enhance structural integrity, making it stable. You can watch her build it in the video below:

It is a marvel of pie engineering in fact and a work of art. Architectural pies are the best. I have to try one soon.