And you thought that LEGO bricks were painful to step on. Imagine getting shot with them. There’s a gun for that. Joerg Sprave’s latest creation is a custom elastic-powered gun that can turn LEGO bricks into nasty projectiles. Of course, he couldn’t just leave well enough alone, and added a nail out of one of the bricks. Ouch. 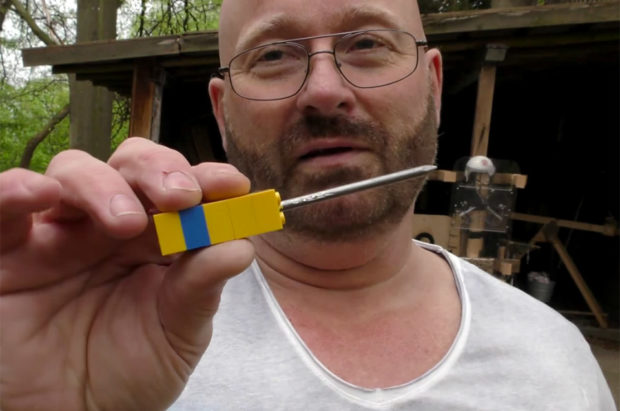 LEGO bricks have long been the bane of parents who unwittingly step into their kid’s room and onto those pointy corners. Well, wearing shoes around the house won’t help you here. I’m just glad that no one can buy this gun. LEGO projectiles are no joke as shown in the video:

You wouldn’t want to get hit with any of these bricks that he uses in this gun, and I certainly don’t endorse anyone trying to make one of these at home. Leave that madness to Joerg.