Nope. Just nope. You won’t catch me playing the dangerous game of five finger fillet with a robot. I won’t even let a robot hold a knife around me. Are you crazy? Well, this guy must be. 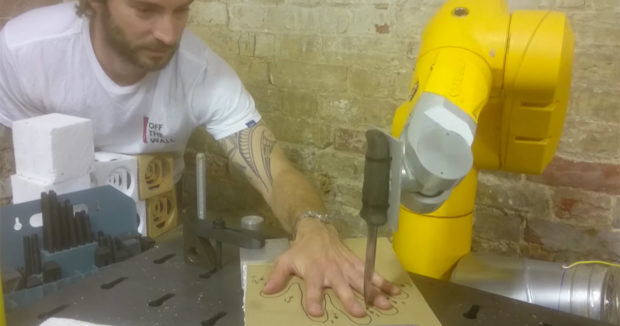 Irfon Automation created this video which shows a subject playing a very risky game of the knife game with their Staubli TX40 robot. The idea is to demonstrate the machine’s speed, precision, and programmability. They also demonstrated how crazy that guy is. Nope. I wouldn’t trust that robot. I don’t care how well programmed it is.

You’ll notice that they didn’t dial up the speed THAT much. Even they don’t trust it fully. I dare this guy to go maximum speed. Just get insurance on your fingers first.