Being a professional drone photographer sounds like a pretty sweet gig, though it’s not something a whole lot of people get to make a living at. Thanks to my friends at Old Spice, I recently had the opportunity to sit down and speak with Chase Guttman, who at the ripe young age of 20, has already carved out a career for himself as one of the world’s best aerial photographers. 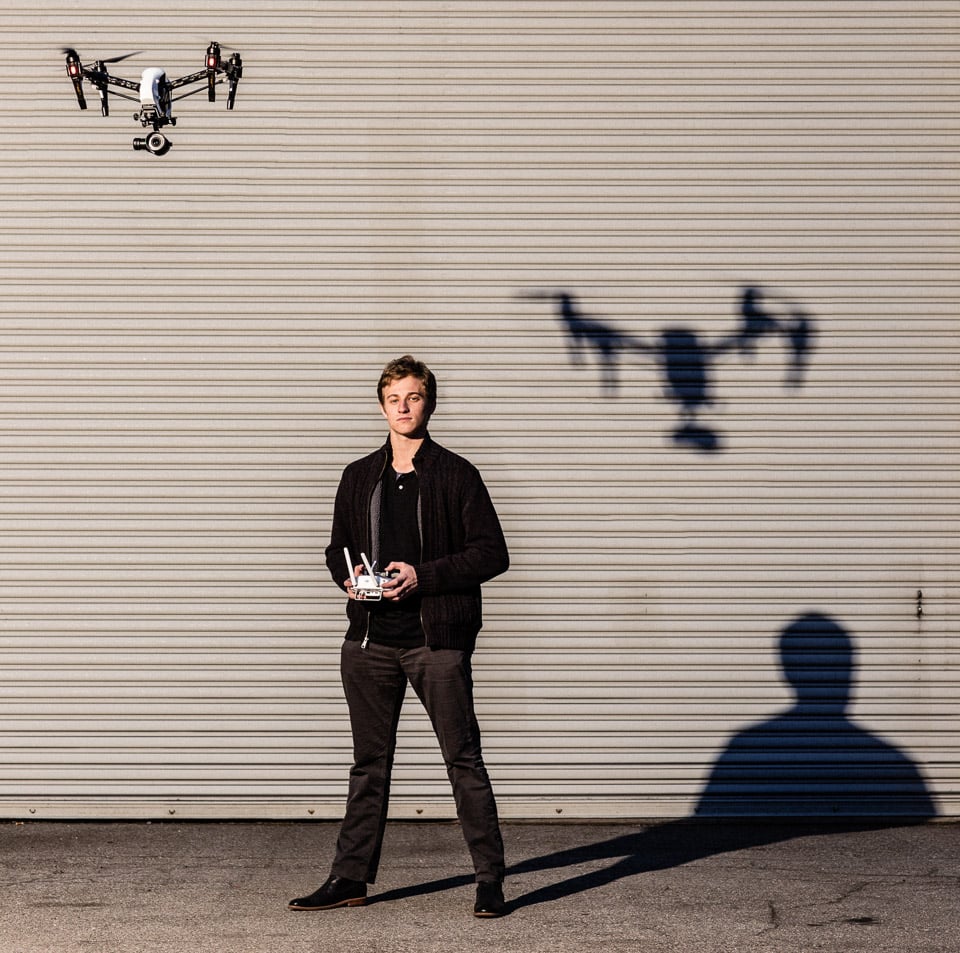 Chase’s unusual, but awesome career choice is one that 5 years ago wasn’t even a possibility, but is emblematic of the ability for today’s generations to carve out their own path in ways that I certainly couldn’t have when I first graduated from college. Chase has already been to all 50 states, and more than 55 countries, and has won numerous awards for his travel photography. 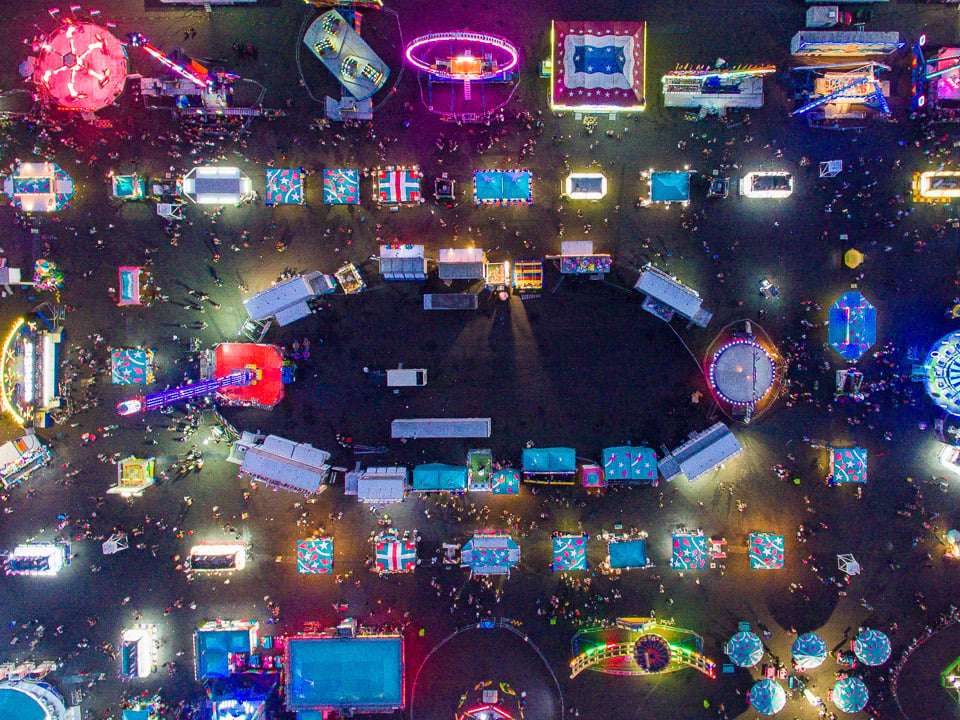 His work presents a new perspective on the world, as seen from above, and he’s a master at using his compositional skills to capture amazing still and video imagery. Chase started to really hone his photography skills when he was just 12 years old. “I am extremely blessed. My dad is a travel journalist, and I’ve always been exposed to different ways of seeing the world,” says Guttman, “…perspective is incredibly important in photography, and that’s why drones are important as well.”

“Growing up, I always thought I was going to be in politics. Photography was just this passion on the side, not something I thought would or could be a career. Maintaining persistence in the face of daunting roadblocks, I really wasn’t sure if photography was for me until I won ‘Young Travel Photographer of the Year.’ It was at that moment, in 2010, I realized that this was something I could craft a life from.”

Chase teamed up with Old Spice and their Hardest Working Collection to help remind us that you don’t have to adhere to predefined norms to be successful, and that carving your own path – or as Old Spice calls it “Finding Your Legend” – is the norm these days more than the exception. He points us to a study that Old Spice conducted that says that 82% of millennial men admitted to exaggerating or fibbing on social media to make their life experiences sound more exciting than they actually were. While Chase’s experiences are certainly exciting, it’s a good reminder that it’s okay to do what really makes you happy, and to be genuine about it. Your true friends will accept you no matter which path you choose in life. Chase just happened to have chosen one of the cooler paths available. 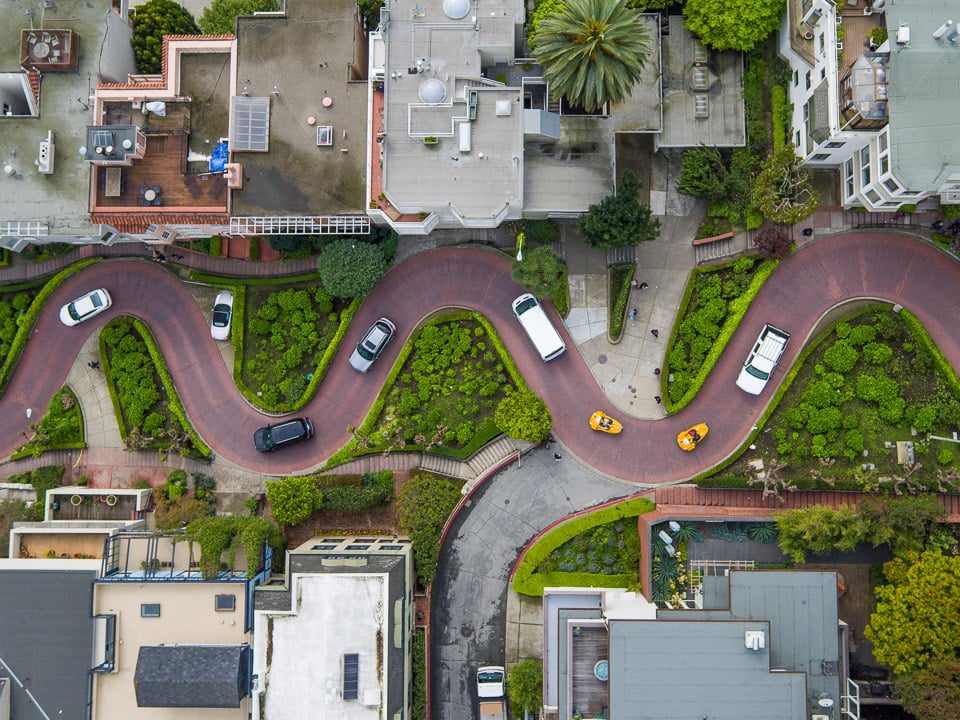 Vehicles negotiate a series of dramatic hairpin turns along San Francisco’s Lombard Street — one of the crookedest lanes in the world.

Shooting with drones creates some unique challenges. Not only are there the legal issues with flying in some locations, but there are technical constraints as well. “They sometimes can compress the environment from above. So you need to layer your photographs so you can see things at varying distances, and create compositions that are more interesting.” Another challenge is that today’s professional grade drones can be heavy and challenging to carry around.

Guttman’s current choice of gear is a DJI Inspire 1 Pro, which is a bit of a beast, but captures excellent images using its camera’s pro-quality 4/3rds sensor and integrated 3-axis gimbal. 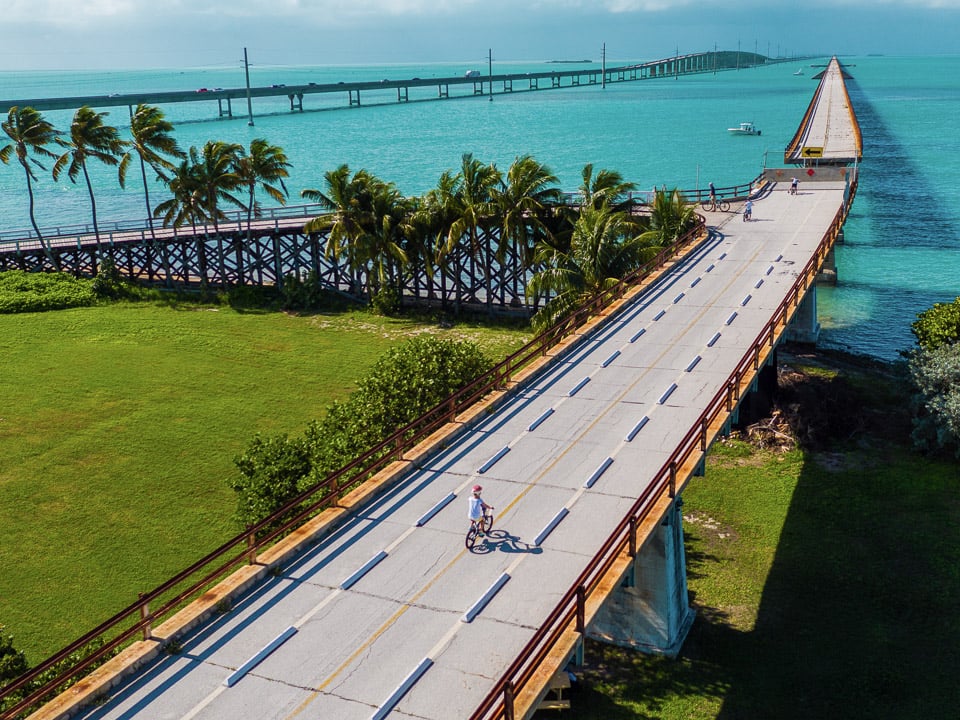 The Overseas Highway makes its seven-mile journey across acqua tinted waters and over Pigeon Key, an island that housed the workers that built this landmark railroad once coined the Eighth Wonder of the World.

Chase is bullish about the gradual decrease in the size and quality of drones. He’s excited by developments like the DJI Mavic Pro and GoPro Karma, which provide a significant size advantage, though they sacrifice some image quality and runtime compared to larger drones. With time, the technology will continue to improve, and he’s stoked about those prospects. 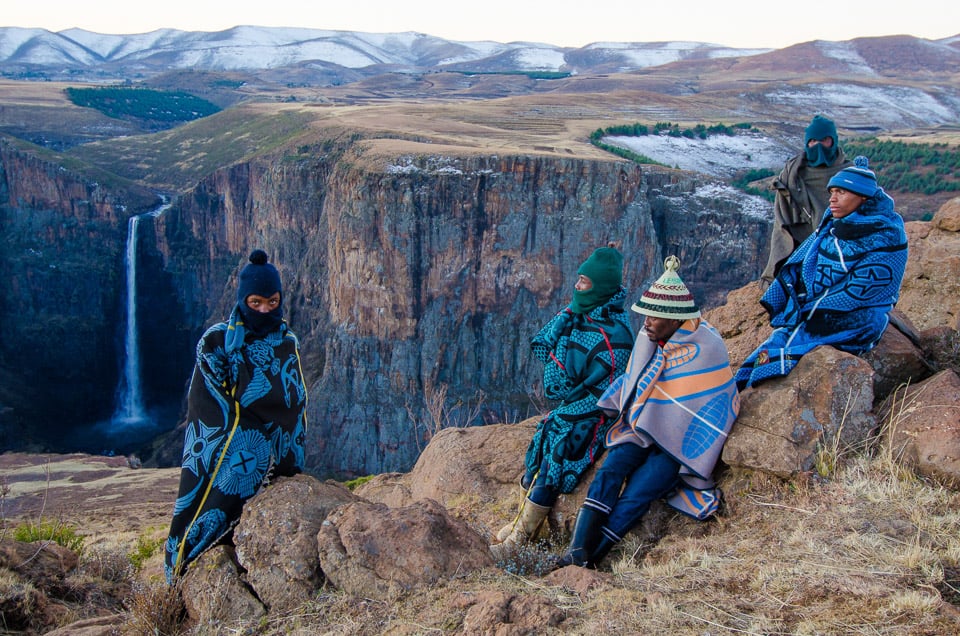 A Basuto tribal leader and shepherds overlook the incredible scenery of Semonkong in the South African kingdom of Lesotho. Guttman hopes to someday return and capture this area with his drone.

When asked about the place he’s most excited about revisiting is the African tribal community of Lesotho, a place Chase says is “magical,” but that he’s only shot with his DSLR and never with his drone. 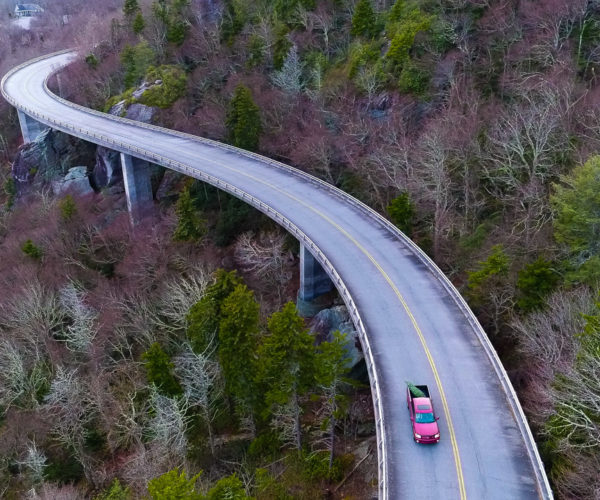 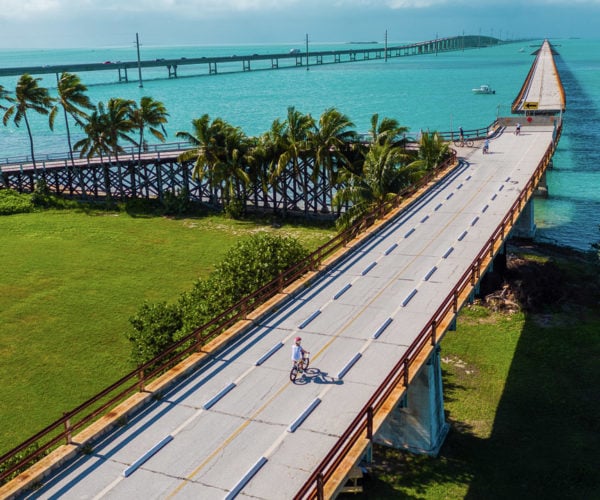 The Overseas Highway makes its seven-mile journey across acqua tinted waters and over Pigeon Key, an island that housed the workers that built this landmark railroad once coined the Eighth Wonder of the World. 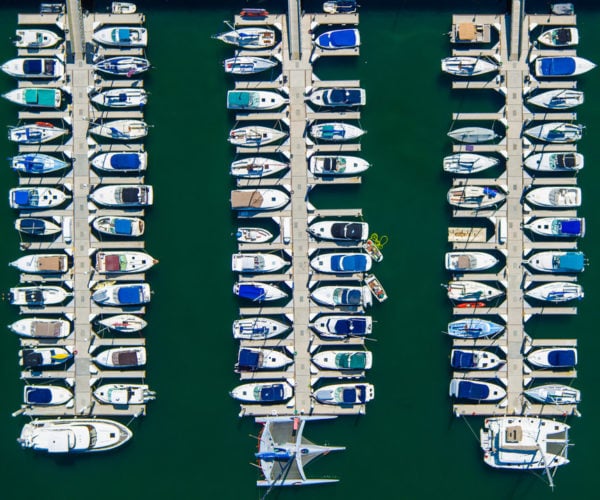 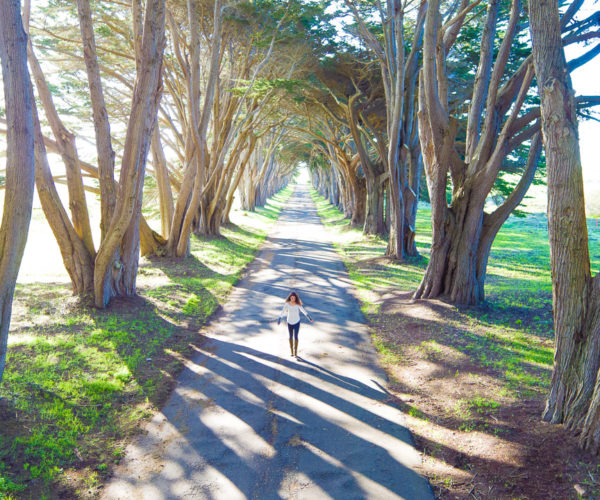 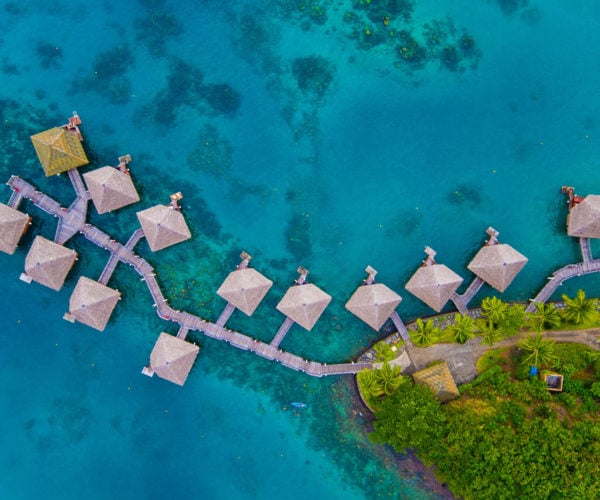 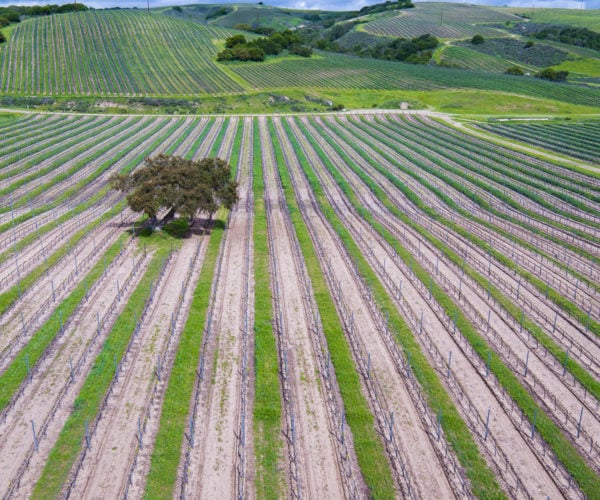 Vineyards twist through verdant pastures and stretch as far as the eye can see in the flower seed capital of the world.

When asked for his advice, he offers up some sage wisdom for anyone seeking to find their legend, no matter what their passion: “Indulge your curiosity and pursue your passions fiercely and unapologetically. If you have a dream, go and chase it. Don’t wait for permission, just go out and work toward your goals each and every day. Be persistent and push past the inevitable challenges you’ll encounter. No matter what, don’t stay stagnant in this world and remember that execution is the name of the game.”

If you want to learn more about drone photography, you must check out Guttman’s new book – The Handbook of Drone Photography, which provides tons of useful insights into everything you need to know about using a drone to shoot video and still imagery, from choosing the right drone, to learning to pilot one properly, to image composition, and also serves to catalog of some of his most incredible works. Be sure to swing by his website and Instagram page as well to check out more of his amazing images – both traditional DSLR shots, and ones shot from the sky.

Thanks so much to the fine folks at Old Spice for connecting me with Chase. His vision and talents are truly inspiring, and I only wish I had his clear sense of direction and confidence when I was 20. Also, be sure to check out the Old Spice Hardest Working collection to help you on those days when you’re feeling under pressure. I use their new Hydro Wash every day in the shower, and it not only smells great, I never have to moisturize again.