It turns out that the Empire’s TIE dogfighters can do more than just fly and shoot, they can also grill a mean burger. I present to you the Star Wars TIE Fighter gas grill. 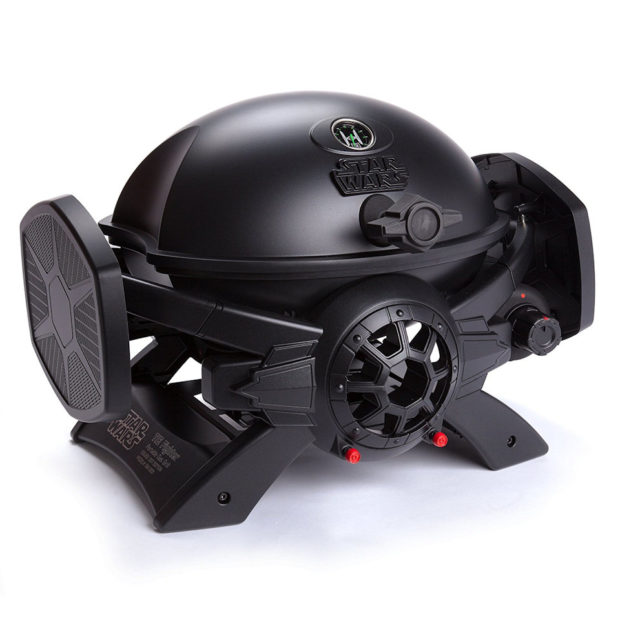 The TIE Fighter’s “wings” fold out for food prep and it uses propane to grill everything from Bantha burgers to Dewback Ribs. It is made of cast aluminum, has 220 square inches of cooking space, and comes with a custom TIE Fighter analog thermometer. 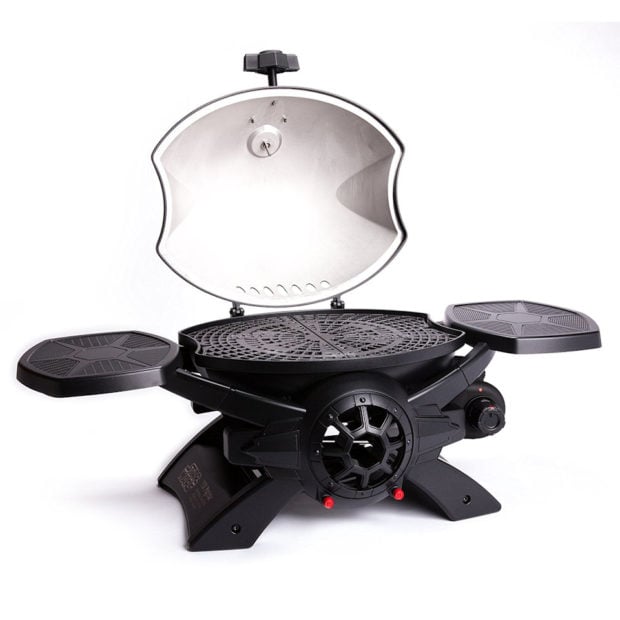 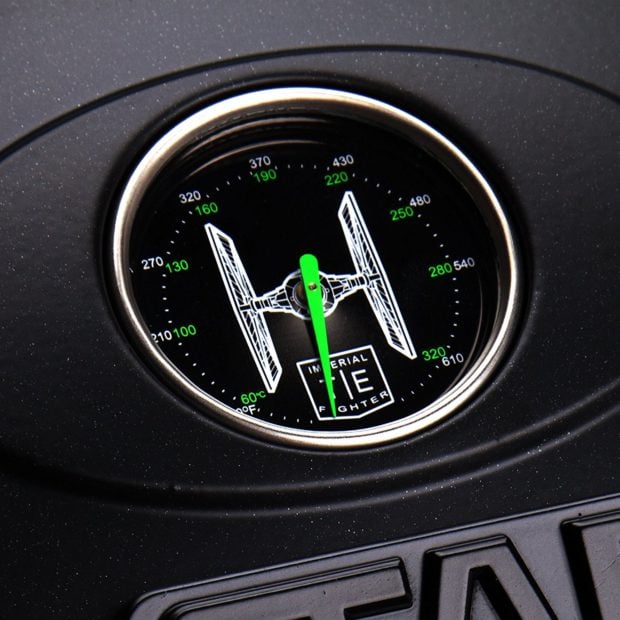 Now you are cooking with the might of the galactic Empire. Sadly it doesn’t have a security system that shoots lasers if someone else tries to steal your steaks off of it. It will cost you $400(USD) from Amazon. 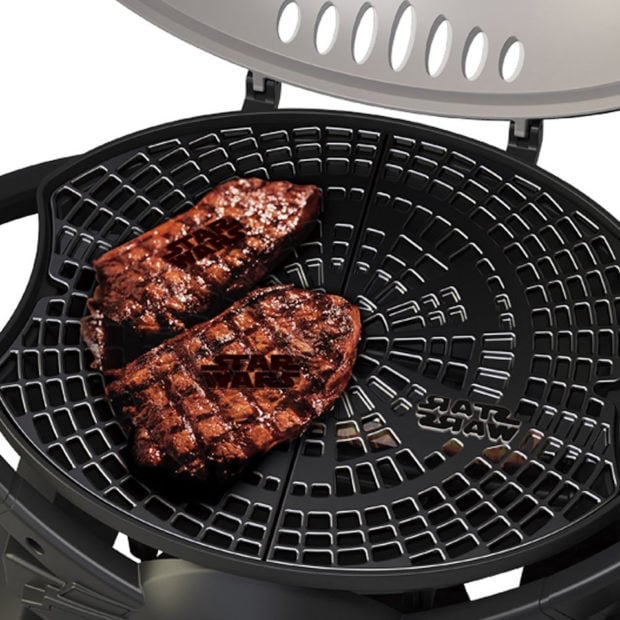