McFarlane Toys is offering up a new The Walking Dead action figure. This one is a 10-inch version of Negan with his thirsty bat Lucille getting set to strike. I like to think this is right before he popped Glenn’s eye out. I still wish it was Carl that has his one good eye popped out. That kid is so annoying to me. 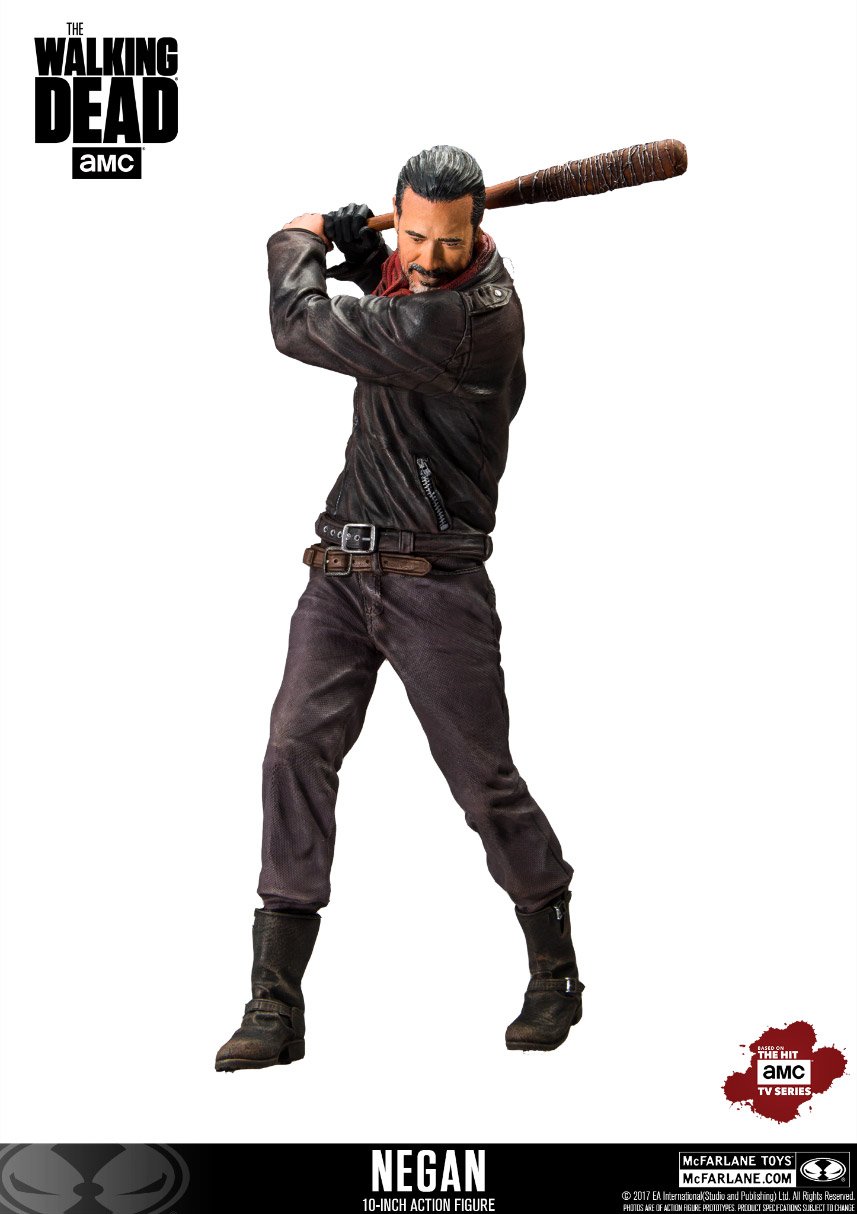 The figure looks just like Jeffrey Dean Morgan and was made from digital scans of the actor. The action figure comes with a circular base, comes packaged in a window box. That said, it looks more like a statue than an action figure, since it doesn’t look like you can pose him.

It sells for $32.99(USD) and is available for pre-order now from Entertainment Earth. It’s expected to land in September 2017, just in time for season eight of The Walking Dead.