When I was a kid if I had an extra few bucks, I spent the loot on Star Wars action figures. I always tried to find Luke Skywalker, but he was always sold out. You could usually get Darth Vader, and this 40th anniversary action figure looks just like the one I had growing up. 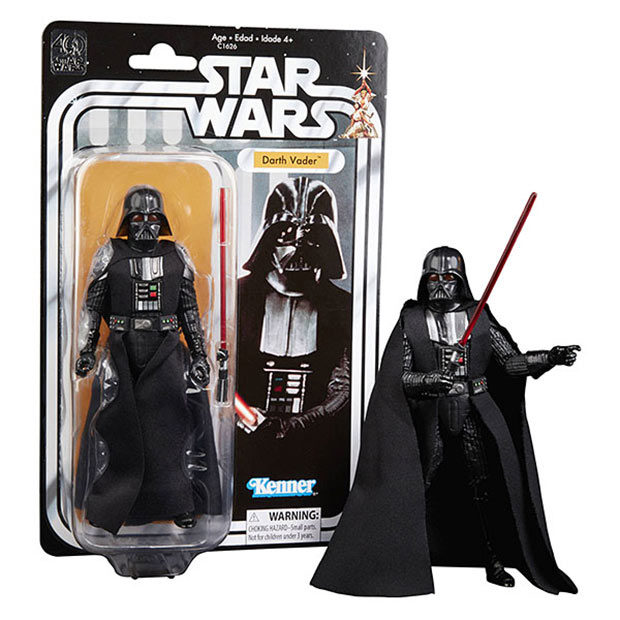 The 6″ tall action figure comes with a lightsaber and a display background. He’s way more than the couple bucks they cost as a kid with a price of $44.99(USD) at ThinkGeek. I don’t even want to know how much the original action figures I trashed growing up are worth now. 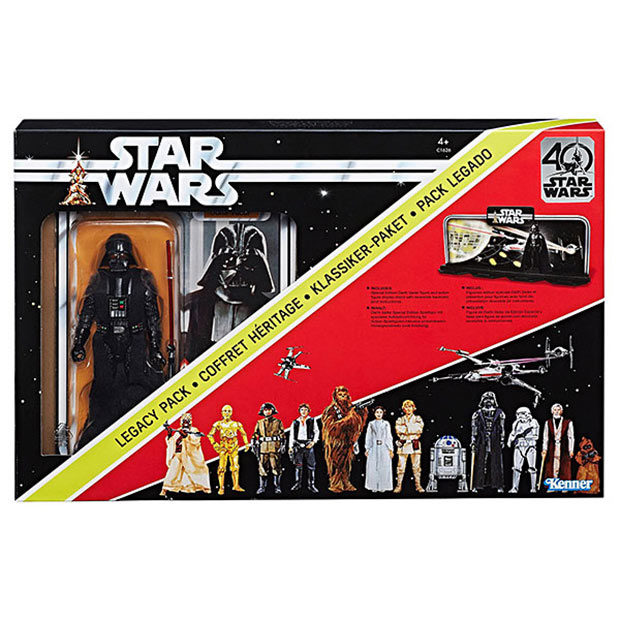 I’m not sure why Vader is $22 more than the accompanying Luke, Leia, Han, and Obi-wan action figures. I can’t imagine that it’s just the cardboard background. I suppose being evil just pays better.