Are you worried that a thief will steal your handbag and run off with it? Well stop your worrying. Malaysian sportswear company Ash Be Nimble has a new solution. It is called the Handbag Dyetonator. It is a small accessory that blows smoke and covers the bad guy in ink, marking them for the police to collect later. 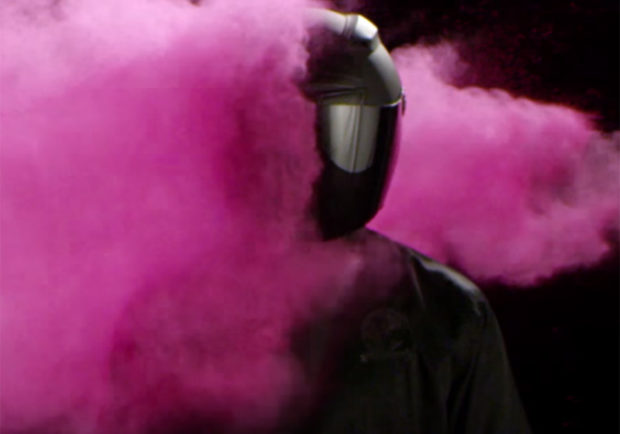 Think of it as one of those bank dye packs, but for civilian use. The Dyetonator is triggered by an SMS message, so there is no real range limit either. Plus even if the thief gets away, the Dyetonator has a GPS tracker. So it will catch the perp either way,  though it’s likely that the contents of your bag might be ruined by the dye.

Purse snatchers might think twice if something like this were widely used. At this point, the Dyetonator is the prototype phase, but it looks like they’re accepting signups for a trial edition on the project website already.