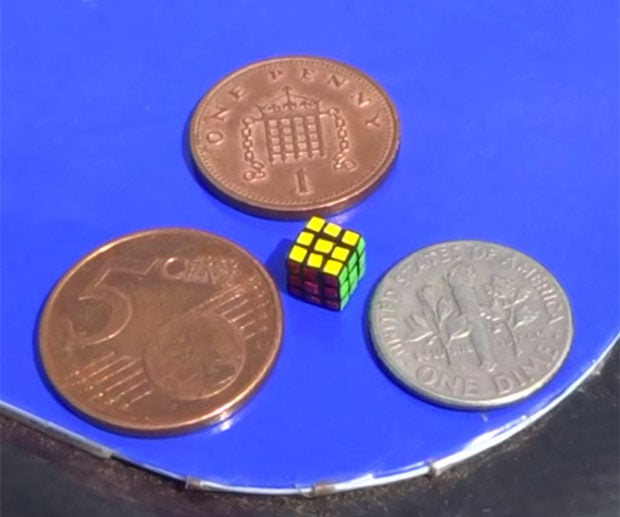 This tiny little puzzle cube measures just 5.6mm (~ 7/32″) across, and it’s fully functional. This nano-cube has to be solved with a pair of tweezers. That is if your pet hasn’t eaten it already.

Until a bunch of nerd scientists make one out of nano-particles that can only be played under an electron microscope, this one will remain the smallest. You know that will happen too. Scientists love doing stuff like this while they should be working to better mankind. At least you can still hold this one in your hands.