I was a huge fan of The Twilight Zone growing up. I watched the old black and white series in reruns during the summer and really loved the newer version back in the ’80s too. My favorite episode of all time was A Matter of Minutes. That one creeped me out and made me wonder if there really were people coming along behind me removing the past and setting up the future. 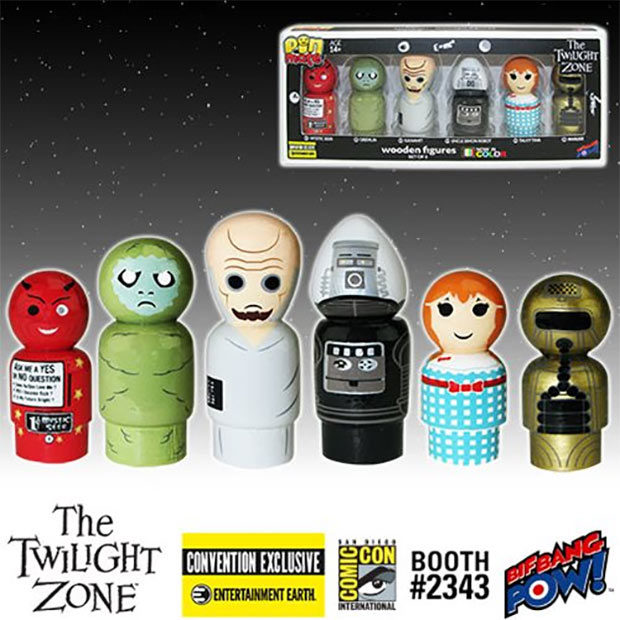 Check out this cool set of BifBangPow! Pin Mate wooden figures that were originally sold at San Diego Comic-Con last year. The figures are inspired by characters from the original 1960s run of the series.

There are six figures in the box, each measuring 2-inches tall: Mystic Seer, Gremlin, Kanamit, Uncle Simon Robot, Talky Tina, and Invader. You can get the set for $17.99(USD) at Entertainment Earth.