This Sugar Skull Automaton Is Made Of LEGO Pieces

Sure, it’s about five months early for Dia de los Muertos (aka Day of the Dead), but that’s okay. It doesn’t matter what day it is when an automaton sugar skull made out of LEGO pieces shows up in your browser. When it does, you pay attention because it’s cool and also kind of creepy. 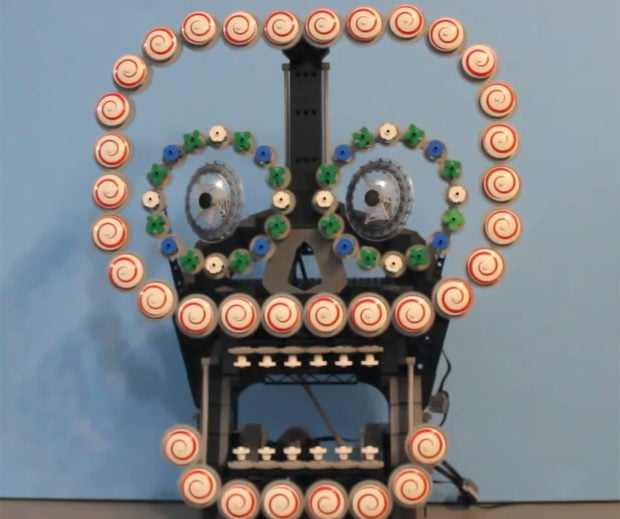 This machine was made by Darryl Friesen and has over 100 spinning LEGO gears. He looks like he’s going to eat you, but is still pretty mesmerizing. His mouth opens, eyes turn, and all of those spirals spin, hypnotizing you along the way.

It looks like it took a lot of time and effort to build this thing, and the result was worth the effort:

Is it wrong that I just want to put something in his mouth and watch him gnash on it with his LEGO teeth?