The Dark Knight takes one look at your dinky little fidget spinner and laughs. As always, his toys are much cooler. But you don’t have to be a billionaire to have one. PressTube shows you how to make one for yourself – assuming you’re comfortable working with molten brass. 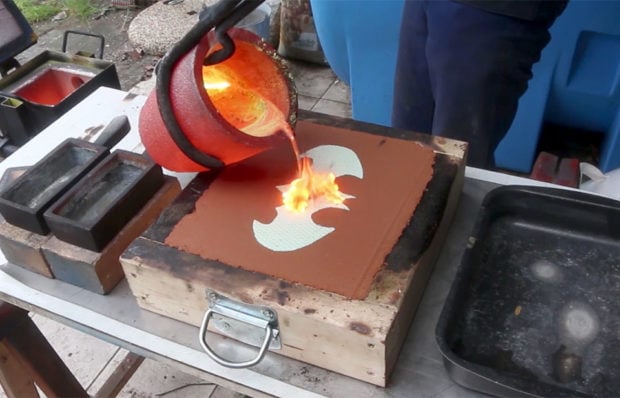 This huge Bat-spinner was cast with melted bullet casings. It is a cool process to watch, especially the part where he’s casting it. There’s just something about a flaming bat symbol that satisfies my inner nerd. Quenching hot stuff in liquid nitrogen is pretty cool too

In the end this awesome brass spinner is ready for fidgeting on the streets of Gotham. If you are interested, PressTube is giving away the spinner to one lucky viewer. Good luck.