Star Wars fans, check this out. GameStop will be getting an exclusive NERF Rival Apollo XV-700 blaster, done up in the style of your favorite bounty hunter. Unlike most NERF guns which use foam darts, this one fires little round projectiles which look like golf balls to me. These balls are flung out of the Rival blaster’s barrel straight at the face, or more likely the gonads, of your enemy. 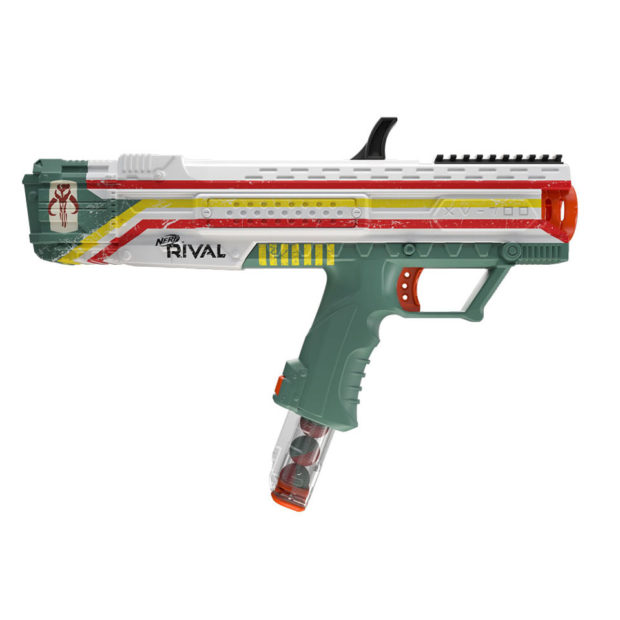 The exclusive Star Wars Mandalorian Edition blaster it comes with a matching face mask. It’s done up in Boba Fett’s iconic colors, and the face mask will make you look scrumptious to any Sarlacc. 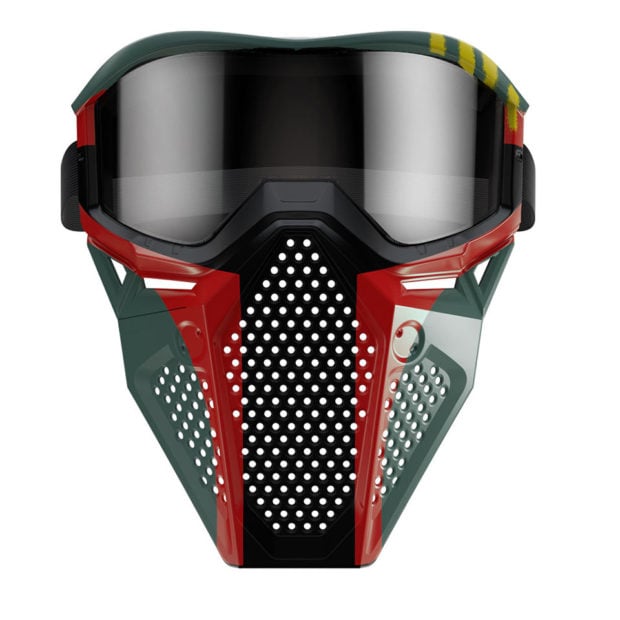 The blaster is being released to celebrate the new Star Wars: Battlefront II video game. It will land on November 17 and cost $89.99 (USD). That is a lot of money for a NERF gun that usually sells for less than $30, but it is very cool. It’s available for pre-order now.