If you have ever known someone who likes to hunt, odds are they have at least a couple animal heads hanging in their homes. You know, those severed heads with the beady eyes that follow you wherever you go. Here’s something for the more whimsical among us, a unicorn trophy head. 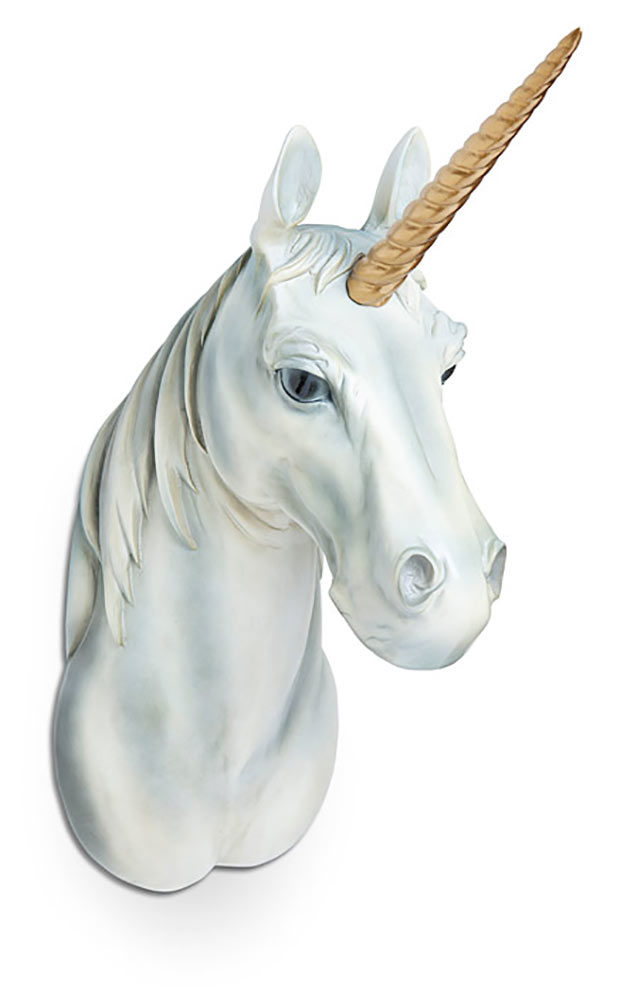 This unicorn looks pretty pissed about hanging on your wall though. He doesn’t appreciate you having lopped his head off judging by the look on his face. Fortunately, no actual unicorns were harmed in the making of this thing. This 20″ tall trophy head is made from cast resin. The Unicorn Attack Plaque sells for $86.99(USD) over at ThinkGeek.

I bet the Lord of Darkness in Legend would have one of these hanging on his wall.