The Princess Bride-opoly: As You Wish…

The Princess Bride is one of the most classic of the ’80s movies out there. I harbor a secret fear they will try and remake it and ruin all that was good about the original like the new Ghostbusters did. Fans of the movie will certainly want to match wits with their favorite Sicilian over a game of The Princess Bride-opoly. 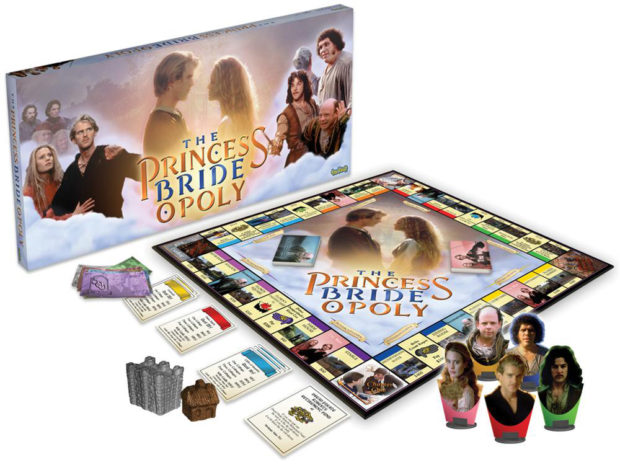 The game is sort of like Monopoly, only it has a custom game board and character tokens from the film. You can play as Westley, Inigo, Buttercup, Fezzik, or Vizzini. I have dibs on Andre. I only wish the character tokens were metal like real Monopoly rather than paper.

The Community Chest and Chance cards have been changed to Twoo Wuv and Inconceivable! Rather than houses and hotels, you get cottages and castles, and the in-game money is Florin currency. Get your game at ThinkGeek for $44.99(USD).