Research scientist Janelle Shane has been working with artificial intelligence and neural network software and decided to ask it do something different – create its own paint colors. The AI went to work and came up with some odd colors with really, really weird names. 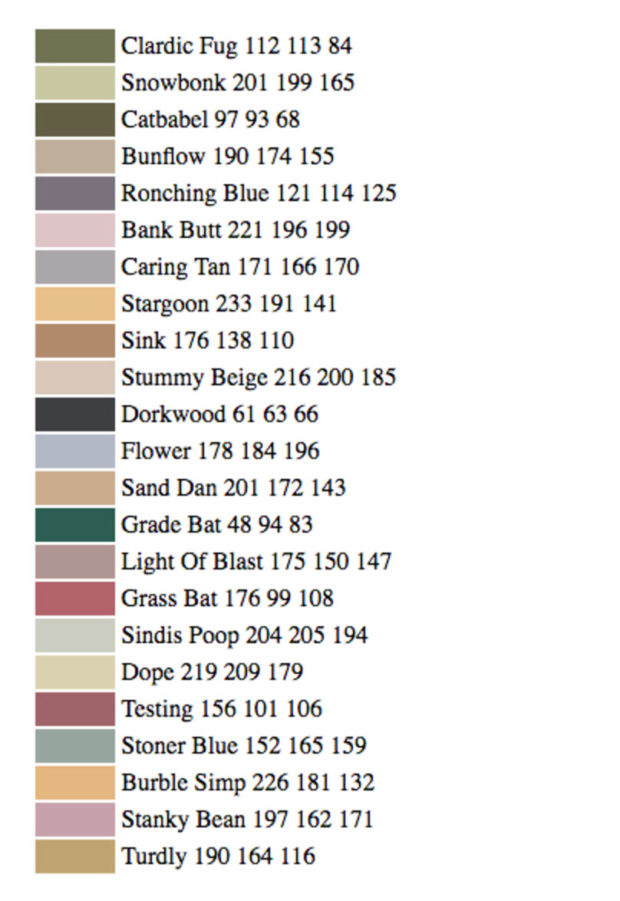 The colors were created by feeding the system a library of 7,700 Sherwin-Williams paint color names and their RGB values. At first the AI used combinations of existing color names and seem to like mixing the words blue, brown, and grey together. It ended up with Caae Brae, Caae Blae, and so on. As it continued, things got so much stranger.

How about a pink color called Bank Butt or a beige called Snowbonk? There’s a nice dark blue called Dorkwood and a mauve-ish color called Light of Blast. My favorite is a greige (my wife assures me that is actually a thing which is a grey-beige mixture) called Sindis Poop. Perhaps the funniest though are the last two colors, a pink called Stanky Bean and a brown very aptly called Turdly.

Janelle continues to fine-tune the algorithm, and it seems to be getting better in her latest experiments. I prefer the original AI, which clearly was about 10 years old mentally.