World’s Heaviest Weight Is Heavier Than Your Mom

Yo’ momma’s so fat, the only thing that weighs more than her is the world’s heaviest weight down at the NIST. Among its many wonders, the facility houses a stack of twenty precisely calibrated 50,036.27 pound masses. The massive stack can generate a maximum force of 4.45 meganewtons, or 1 million pounds, with an uncertainty of less than 5 pounds per million. 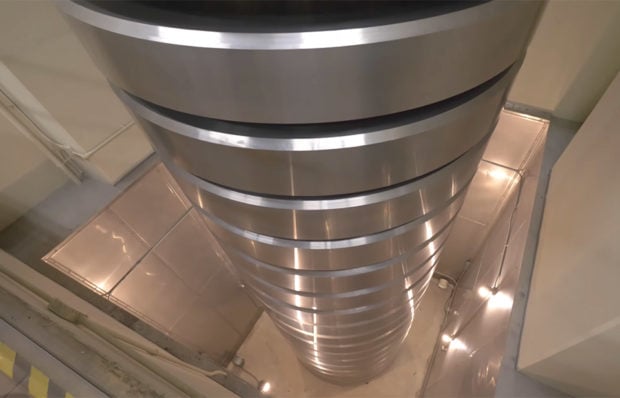 Check out Veritasium’s video for an explanation of how the massive tower of weights was assembled, and how it’s used to calibrate gauges, which are then sent into the field to measure extreme forces:

If you’re wondering what kind of things they’d need to test these sort of forces on, just think about jumbo jets and the force their engines can push out, or the incredible power produced by rockets.