If you like to learn about space, the planets and stars, this desktop Solar System might be just for you. It’s motorized allowing the planets to orbit around a glowing lamp sun. It’s not 100% accurate, but it’s a reasonable facsimile of our little corner of the universe. 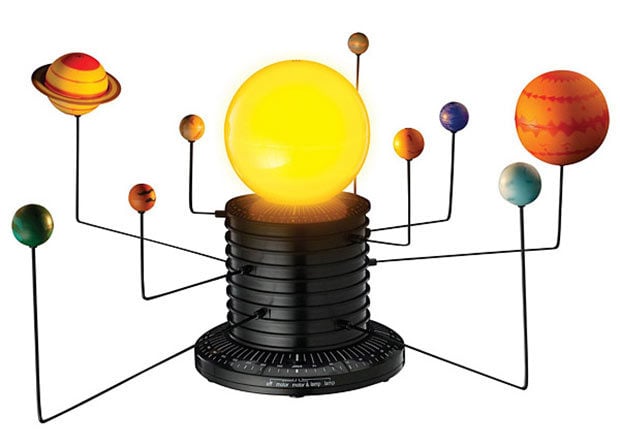 The mechanism that powers the Solar System is designed to allow you to see the relative orbital periods of inner versus outer planets. Also, if you take the yellow dome off the sun, it has a projector inside that throws 38 constellations on your ceiling. 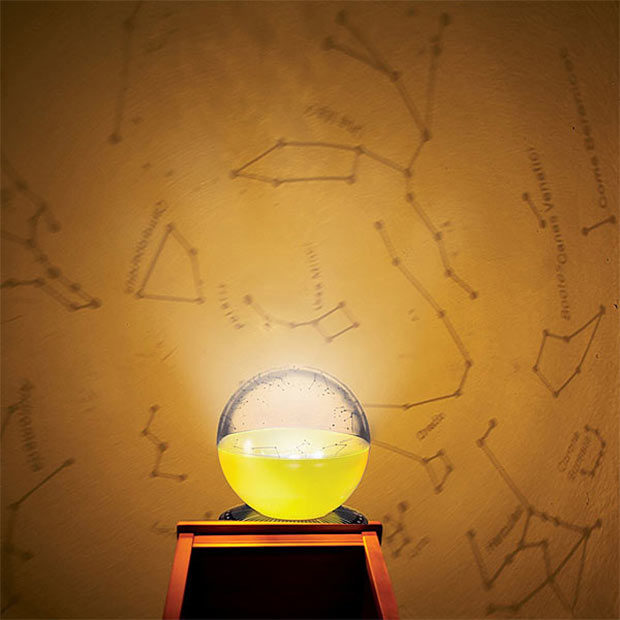 Okay, it’s not so much a projector as black painted dot-to-dot art that casts shadows. Power comes from four AAA batteries that aren’t included and it will turn itself off after 20 minutes to save battery. ThinkGeek calls it the Scientifically Accurate (or thereabouts) Motorized Solar System and you can get one for $49.99 (USD). 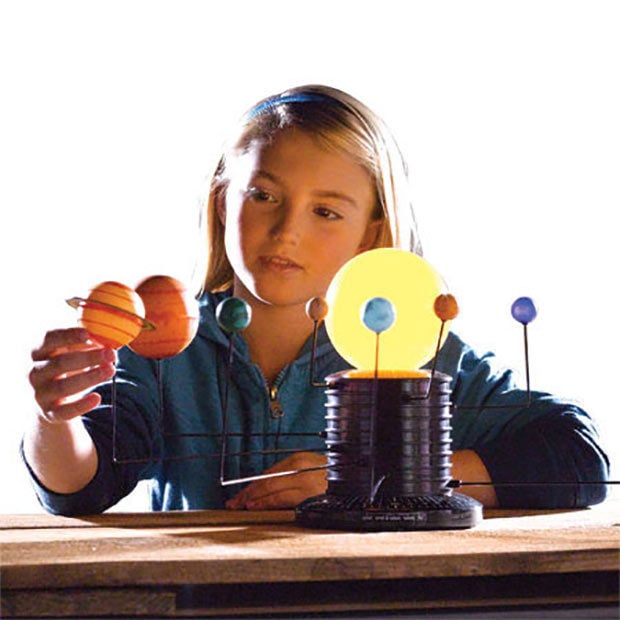