I’ve often wondered what happened to the Imperial engineer who designed the AT-AT. I mean, as you build this massive walking battleship of death and come to find out on its first deployment, all it takes to destroy it is some rope. I’d wager Darth Vader tracked the designer down and force crushed his gonads to a pulp.

This is one of the coolest Star Wars shirts I have seen in a long time and I need it. It has an AT-AT walking obliviously to its doom. That banana peel is going to wreck that thing like Mario Kart. 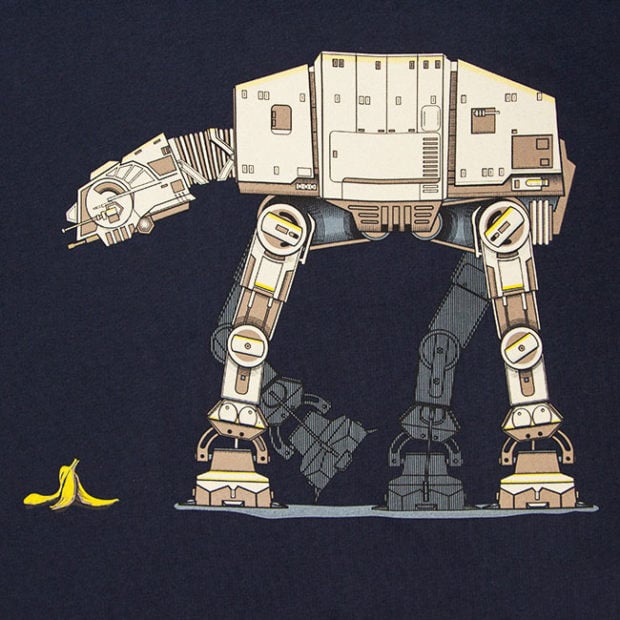 You can get one at ThinkGeek for $19.99(USD) in sizes up to 3XL. It’s made from cotton so it might shrink, but it’s still awesome. 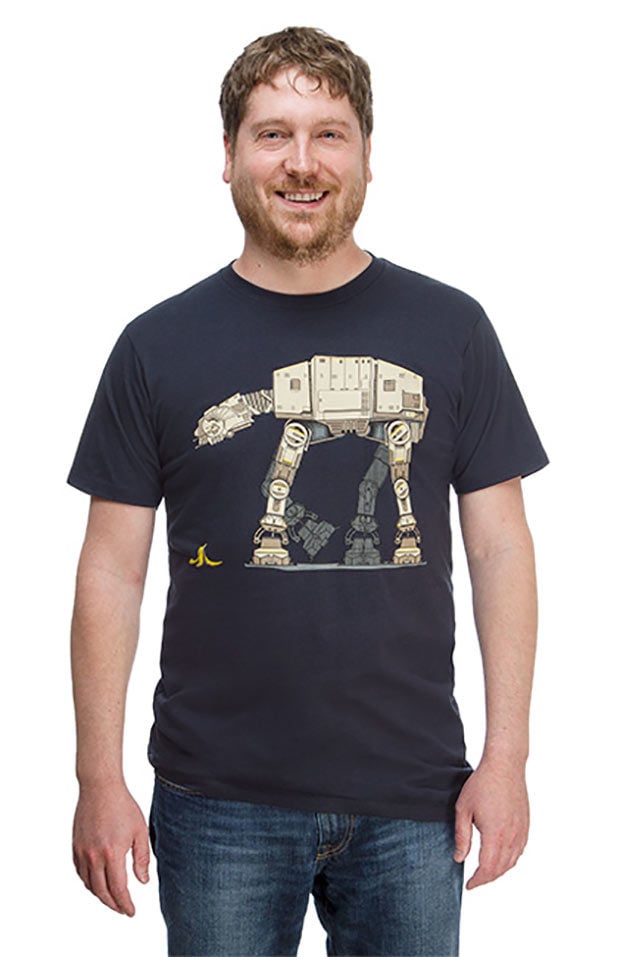