While most of us can’t even get our hands on a Nintendo Switch, some guys are out dropping theirs repeatedly on the ground already. The guys from UnlockRiver took the Switch with its two Joy-Con controller attached, tied it to a string and used a drone to lift it 1000-feet into the air. 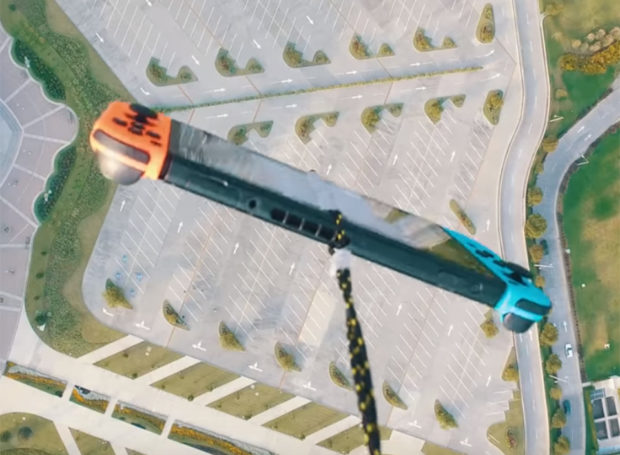 They then cut the string and let the Switch fall 1000-feet to the concrete parking lot below. You can watch the video and see the drop test for yourself.

Impressively, other than the left Joy-Con controller breaking, the Switch continued to work. Chances are that had it landed screen-side down, the results might have been different, but it appears to have landed on its left edge.

It’s a cool test, but I hate to see gadgets and game systems busted just for YouTube views.