You have waited your entire life to see an epic battle like this. 20 T-Rexes against 10,000 chickens. Yes, the T-Rex is a killing machine, but can the chickens use their sheer numbers to win the day? Find out today! 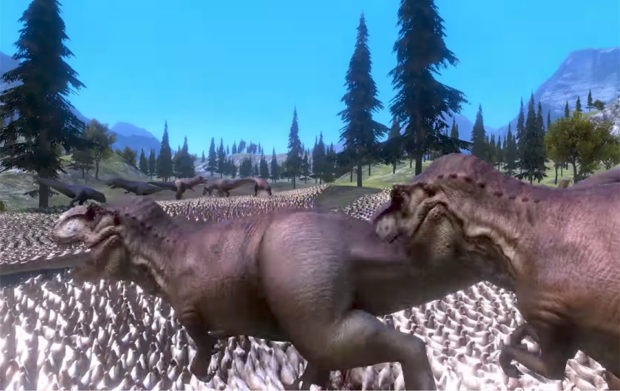 This is battle for the ages, courtesy of the game Ultimate Epic Battle Simulator and the guys at Lazy Game Reviews. Two species enter, one species becomes extinct.

Spoiler alert: Chickens win. Obviously. You can’t just charge into 10,000 chickens and expect not to get pecked to death. I don’t care if you brought 30 T-Rexes. You don’t mess with chickens. One day they will rule the world alongside of robots, killing us for sport and saying that things taste like “human.” Let this be a lesson to everyone as you chomp down on your KFC.