Like Crocodile Dundee once said, “That’s not a knife. This is a knife.” When they’re not building giant fighting robots, the guys behind Megabots like to smash and slice stuff with giant knives. They decided to use a 500-pound knife they custom built to stab a scrapyard Toyota. 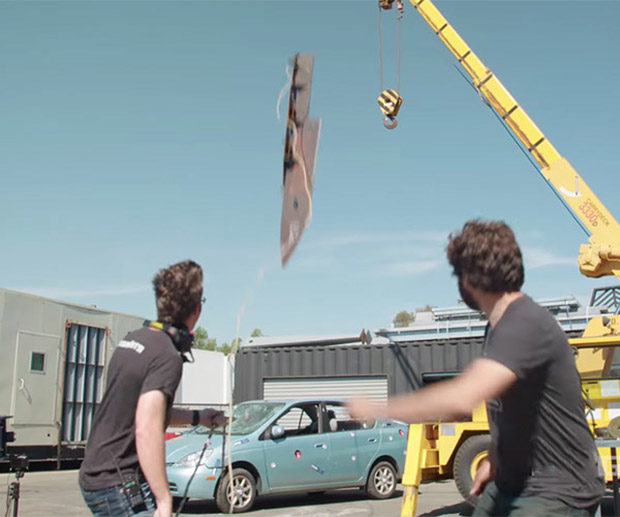 Watching this knife piercing the car is very satisfying for some reason. It cuts through the roof like butter and even digs into the asphalt below.

If that isn’t enough, you can watch their robotic creations break things with the giant knife here, as long as we are on the subject of giant knives.