Redditor PoorKidstoys daughter goes to a school that has a special “Drive In Movie” day for the last day of school. That sounds really cool, but the best part is that kids get to bring in a homemade cardboard car to sit in while they all watch the movie. So clearly set on giving his kid the coolest vehicle, he built her a snowspeeder from The Empire Strikes Back. 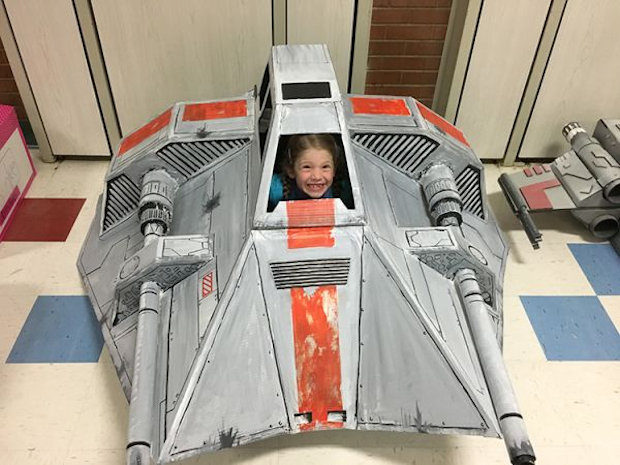 His 6-year-old daughter had to be the coolest kid attending this year. Her brother attended movie day a few years ago in the X-wing seen below. This guy sure knows how to build a cardboard vehicle. 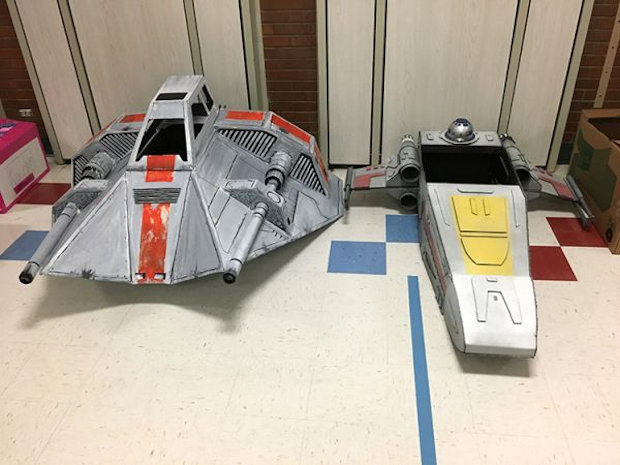 The family probably lines up in different vehicles whenever they watch a Star Wars movie at home now. If they do that, I’m guessing that Dad would be sitting in an AT-AT. You can check out the build gallery over at imgur.